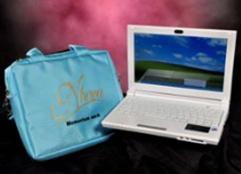 2009 came with a shift in ICT policy direction by the government. Customs duty on ICT equipment for example was suspended and currently ICT hardware suppliers only need to pay 15% VAT on imported equipment. Most positive change has generally been attributed to the energetic Minister of ICT, Nelson Chamisa.

The Nhava Group made history by launching the first Zimbabwean netbooks in April. The laptop line’s indigenous name, portability and price made the gadgets an instant hit in the news locally. The hype gradually died down and the Nhava people have preferred to keep a low profile since. In an interview with the Herald at the time of launch, the company chairman, Tinashe Shangwa declared that more than 10 000 university students in Australia had “shown their willingness to have the Nhava Laptop brand”. He also made another clearly quite ambitious prediction; that consultations were underway in the Australian market and that by end of June 2009, “Nhava laptops will be dominating in that country”. Shangwa also stated that they were working with a business partner to provide free Wi-Fi hotspot access to all Nhava laptop owners. It’s not clear if either dream was realized but there’s no denying Nhava holds a place in the ICT daring-business-initiatives-of-the-year top contenders.

Still, the Nhava Group has a deadline they can beat; to “achieve 40 percent of the African Netbook market and establish a laptop assembly plant by the first quarter of 2010” – Shangwa.

Econet made the announcement at the end of September and got the whole country excited by this new door of possibilities and opportunities. The launch left subscribers with many unanswered questions though? Marred with capacity issues and an unexpected massive uptake, activation of subscribers had to be suspended just after a month with a promise to resume in December. Late adopters like myself were left wishing they had jumped in earlier, and vowing never to wait-and-see again.

2009 saw more Zimbabweans embracing and actively using social networking website Facebook. Facebook was so popular in the country it’s in all first 4 positions of the top ten rising searches of 2009. It has become a necessary tool to reconnect with millions of Zimbabweans who fled from the economic turmoil that rocked the beloved country this past decade. Aren’t we all glad it looks like it’s over! Facebook will probably rule social networking in Zimbabwe in the new year and if micro-blogging site, Twitter, keeps up the momentum, more Zimbos will be tweeting the world cup results in June 2010. 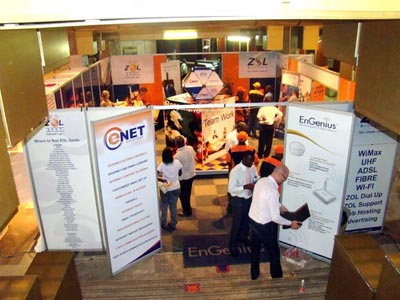 This year’s ICT Africa exhibition was held in September and was a celebrated success for the industry. The Prime Minister, Morgan Tsvangirayi addressed delegates on the third day pledging to push for ICT enabling infrastructure development through legislation. Internet service provider, Zimbabwe Online (ZOL), won the Thomson Publications award for the best stand at the expo. Close contenders for this award were, Ubuntu, Yo! Africa, Toshiba, Econet, and WebDev. Sadly, a number of small ICT companies failed to exhibit their products citing an out-of-reach minimum exhibition fee of $900.

Back in 2008, if you wanted to buy a prepaid mobile network line in Zimbabwe, you’d shell out about US $120. But that wasn’t the only ridiculously priced commodity; the price disorder was the order in those mad days. Prices corrected themselves gradually of course after the economy was dollarized and mobile lines have come down to as little as $5, most of which is airtime.

Lastly, forced to green by the national power companies failure to provide adequate electricity for its bases stations, NetOne started powering them with solar energy in the last quarter of the year. The move is a plus for all as it’s set to increasing network availability in a clean and efficient way.

While the exodus of IT brains has slowed down, IT professionals are still finding their way down south. This will definitely go on for a while especially because our southern neighbor offers bigger cheques, more modern technologies & ICT infrastructure and therefore more career development and yes, more thrill!

That’s all for this year people! See you next year! Thank you so much for the support. May your 2010 be filled with success stories and great learning experiences!