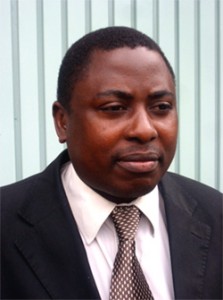 This is a guest post by the Computer Suppliers Association of Zimbabwe (COMSA).

Born 01-09-1969, Mr. Nhamo Ethelbert Mukonyora died on 10-10-2010 in a car crash travelling from Gutu at the26km peg along Chivhu road. He was buried at Warren Hills Cemetery in Harare on Wednesday 13th October 2010. Nhamo is survived by his wife Victoria, and three children. He was the founder and Managing Director of Nectar Technologies.

Mr Mukonyora was the current Chairman of the Computer Suppliers Association of Zimbabwe (COMSA) from 2009 to date and was instrumental in successfully running the ICT Africa 2009 and 2010 Exhibitions. At this year’s ICT Africa, his company Nectar Technologies won the Best Innovative Product Award for 2010. The award was presented by the Minister of ICT Hon. Nelson Chamisa at a function also attended by Mr Mukonyora’s Vice Chairman at COMSA and President of the Computer Society of Zimbabwe, Mr. Atwell Mukusha.

Speaking at the graveside speech the Minister Hon. Chamisa said “the nation has lost a very talented ICT professional who had contributed significantly to the ICT sector and business at large.”

Also speaking to hundreds of mourners gathered at the funeral Mr. Mukusha said that Nhamo had “left a very big hole which will be very hard to fill” and encouraged other ICT professionals to emulate Nhamo’s qualities of integrity and professionalism he exhibited during his entire career until his untimely death.

Members of COMSA made contributions towards Mr. Mukonyora’s burial arrangements.

Our sincere condolences to the Mukonyora family and to Nectar Technologies.

One thought on “Nhamo Mukonyora’s Untimely Passing Away”