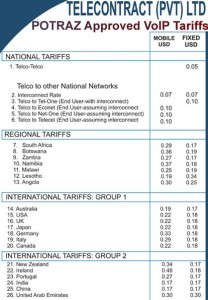 Like most of you in Zimbabwe, we’ve seen the adverts and the articles in the print press about Telco’s launch of the first public VoIP network. We wanted to find out more, for you our dear readers so we contacted Telco and got some details.

Telco has basically started offering telephone services, effectively making it the 5th telephone services company currently operating in Zimbabwe. The other 4 are ofcourse the fixed telephone operator TelOne and the mobile telephone operators NetOne, Econet and Telecel. Unlike these 4 though, Telco’s services are based on the internet, hence the name Voice over Internet Protocol (VoIP). Telco relies on the customers existing broadband connection.

Telco is offering 3 packages namely, ifone@home, ifone@work and an IP PBX Solution. As the names suggest, the ifone@home package is for the home user and the ifone@work package for business subscribers. It’s not clear yet what the real distinction between the 2 is. According to Telco, subscribers of both packages will get (buy) a 086 type VoIP line, an IP telephone or an analogue telephone adaptor depending on their needs.

The IP PBX solutions is for business users and offers a scalable internet based private branch exchange (PBX) which Telco tells us will run “a mixture of proprietary and open-source systems that best suit the requirement and pocket of the customer.”

Telco also revealed to us the company currently has a VoIP subscriber capacity of about 10,000 and aims to up that to a million in the next 2 years.

There’s one problem that Telco needs to iron out fast; it’s interconnectivity with the mobile operator networks. Currently, the Telco VoIP network is just interconnected to TelOne. TelOne, as you might be aware from recent media reports has 380,000 landlines on the market and half of them are not working.

There’s another problem; Broadband is ridiculously expensive in Zimbabwe. Any service that relies on a consumers broadband connection is by extension also expensive for the consumer. 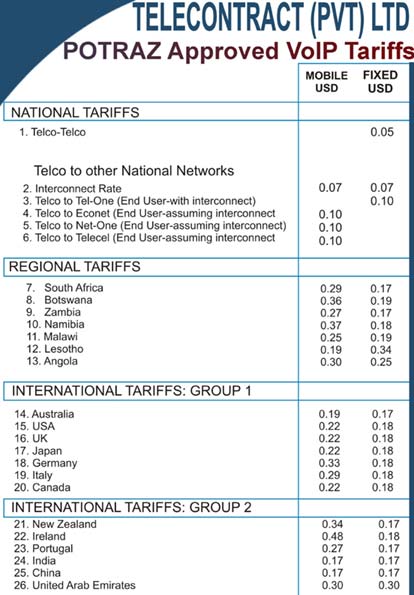 There’s been some indication that Africom plans to start offering VoIP services too. ZELLCO made some news in the same direction a little over 2 months ago but hasn’t been visible since. So by all measures, Telco is the first deliberate jump into the public VoIP market. A jump everyone is watching closely to see what happens.

Telecontract is one of the oldest telecommunication service providers in Zim. The company was founded in 1991 by former TelOne executive, Shadreck Nkala.