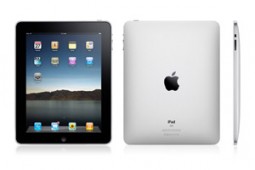 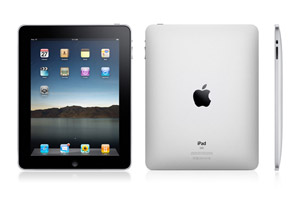 2010’s game changing tablet, Apple’s iPad, officially launched in South Africa today. As expected, this didn’t generate the usual excitement Apple products attract at launch. It’s really for the simple reason that Apple launched the same gadget in the US almost 10 months ago and is readying the launch of the second iPad generation.

Regardless, for the Apple fans among you, (or just the deep pocketed with a taste for elegant gadgets) this means there’s an opportunity now of getting the iPad through a channel that’s not gray, and maybe at a slightly lower price.

We visited the iClik Apple shop in Harare this afternoon and had a chat with the guys there. We’re told they have been advised that Core Group will be in touch in a week regarding availability of the iPad for the Zimbabwean market. Price wise iClik could only say they know it’ll be quite competitive. In South Africa the wi-fi only 16 gigabyte iPad is selling for R4,399 and the 3G and wi-fi 64GB version is going for R7 599.

Apple also launched the iPad officially in India today. A Wall Street Journal blogger feels “Apple is using India as a dumping ground to get rid of all the old inventory as they prepare to launch the second-generation iPad”. Kind of feels that way yes. But if this will bring the iPad at a lower price, it’s welcome.