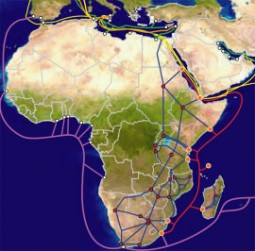 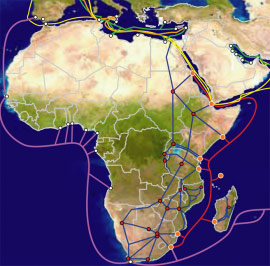 The EASSy cable, in which local state owned fixed operator TelOne has a stake through WIOCC, has had its design capacity upgraded to 4.72 Tbps. According to the West Indian Ocean Cable Company, the upgrade makes EASSy by far the highest capacity submarine cable on the east African coast.

The recent capacity upgrade follows another upgrade to 3.84 Tbps made to the cable in August last year. The EASSy cable was launched in July 2010 with an initial design capacity of 1.42 Tbps.

WIOCC, the consortium that owns 30% of the cable, explained on its blog that this latest upgrade is based on new 40Gbps wavelength technology from Alcatel-Lucent, which enables significantly more capacity to be configured on each of EASSy’s undersea fibre-pairs.

The EASSy cable now accounts for 70% of the capacity along the eastern coast of Africa. The other 2 operators, jointly accounting for the 30%, are TEAMS and Seacom with 1.2 Tbps and 0.6 Tbps respectively.