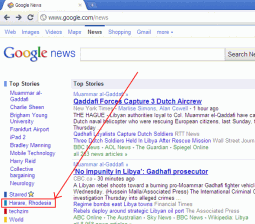 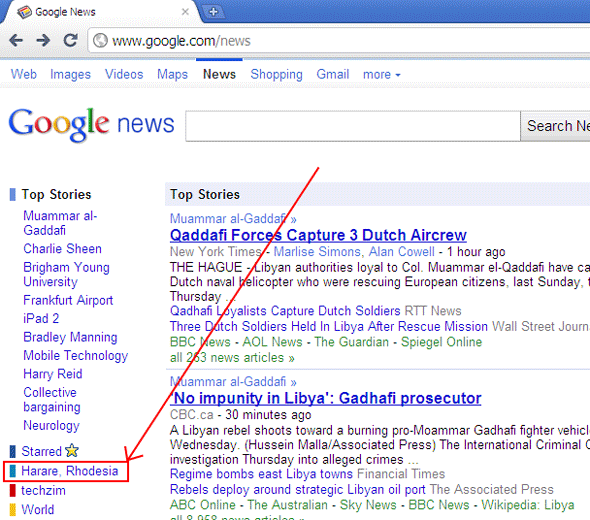 Today, we woke up to an opinion piece in a local daily newspaper that made us stop. It’s titled “Google is bidding return of Rhodesia”. And no, it’s not just link bait, read the article and visit Google news right now to see that Google seems to think Harare is in Rhodesia and obviously that Rhodesia as a country still exists.

The folks at the state owned daily are clearly not amused and we don’t blame them. Hey, how hard is it to get a country’s name right? The country is not called Rhodesia anymore. It hasn’t been Rhodesia since at least 30 years ago when the country gained its independence from the British. How did Google come up with this Rhodesia stuff? How do you mix up the name of a country like that?

Googling this issue, we discover our colleague over at Three Men in a boat, wrote about this very same thing back in early December. Rhodesia has been plastered on Google News in place of Zimbabwe for at least since December.

And it’s not the first time Google has angered groups of people with the data produced by its services. In November last year Google was roped into a dispute between Costa Rica and Nicaragua after a Nicaraguan commander cited Google’s version of a border map in an interview with a newspaper.

We have written to Google Africa (the Google Kenya office we believe) and we’ll post the response here if we get it.

UPDATE (04 March, 1500hrs GMT+2): We just received a response from someone by the name Julie Taylor at Google. Nothing much, just:

I have flagged this with our engineers and they are fixing it asap.