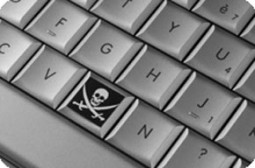 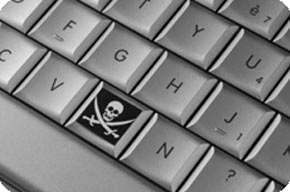 This article first appeared as a guest post on Kubatana.net.

It happens all the time; a comfortable status quo gets disrupted by new convenient ways to go about doing everyday things.  For people benefiting from the status quo, this usually means having to somehow find a way to play the new game. But dealing with change when it threatens your livelihood is not always an easy task.

There are many examples around us of new convenience; everyday things like organizing and listening to music. The gradual shift to digital music formats has brought remarkable convenience to consumers of music.  Gadgets like computers, MP3 players, external hard drives, memory sticks and other such devices can quickly store, retrieve, and duplicate music files all without losing quality.

The act of ‘pirating the music’ itself has moved gradually from semi-organized backyard factories of the 90s that produced low quality cassettes, to ordinary making illegal copies of music their living rooms on standard computers. Just pick any random home computer in Harare; it’s typically loaded with thousands of MP3 music files copied from friends’ computers.

In Zimbabwe, illegally obtaining music is actually a lot easier than buying it. There’s just no convenient way to buy music here. The few walk-in record bars around, almost always do not have the music you’re looking for.

The lack of local mobile and internet payment systems hasn’t helped much. Potential buyers of music just have no way of buying music conveniently from their phones or their computers. Some end up choosing to download illegal copies simply because that’s the only way to get the music.

The response by some artists, to the new ways of organizing music is anger and some proposals to fight the convenience. Don’t get me wrong. They are justified to be angry; this is THEIR cheese that’s moving. Artists do actually make the music and should benefit from their work.

Some suggestions to survive

There are signs some musicians have found ways to survive in this new digital era. Some are actually thriving remarkably. Especially those for whom traditional physical album sales were never the chief source of revenue.

For those finding it hard to survive I thought you might want to consider a few suggestions on how to use the convenience of new technologies to get your music career to new heights.

Face it. Piracy is unfair, vary unfair but you’re not going to wish all this convenience away. Digital music formats have made it easier for you to produce music, but have also made it easier for ordinary people to steal it. New convenient ways to do everyday things have both pros and cons.

Accept that people love convenience. Go where the convenience is; don’t pull in the opposite direction. There are better ways to use your time than complaining on national TV that the police is not doing enough to arrest the millions of Zimbabweans copying your music illegally. 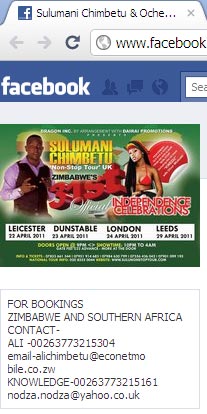 Understand Facebook! The second most searched for term on Google in Zimbabwe is “facebook”. The top rising search term on Google in the past 3 months is “facebooklogin”. This is not just data. It means more and more of your fans are using Facebook. Get to know how Facebook works. You should have more than just an average understanding of how Facebook can help your career. Facebook is not just a place to hang out; for you it’s a business platform as well.

Use social networking tools like Facebook to interact with your fans. This one is related to the point above. Make them understand the human side of your career without necessarily revealing your personal life if you don’t want to. Use these tools to get direct feedback from them and make them know you do consider their feedback. Advise fans where they can buy your music. If they can interact with you, they’ll hopefully be more willing to listen and understand how piracy hurts your career.

Consider the mobile phone platform. Mobile technologies have put mobile phones in the hands of millions of Zimbabweans. Work with ideas that promote a way to get your content to these millions. People look for convenience. If you can get the music to them, more of your loyal fans will be willing to go the legal route to acquire your music.

Stop waiting on newspapers for coverage. The Internet has given you a platform to publish yourself, to broadcast yourself. Use it. Post snippets of your videos & audios on YouTube & Facebook. Make announcements on your Facebook Page. Let your fans know what you’re up to. If the newspapers smear your name, use Facebook to tell your fans your side of the story directly. Traditional media love the power they have to break or make artists. You can take some of that power from them.

Learn about how to benefit from this new media age. Work with promoters and studios that understand this new age.

Readers, this article just touches the subject. If you have some advice for artists or some tips I didn’t include here, please share in the comments below.