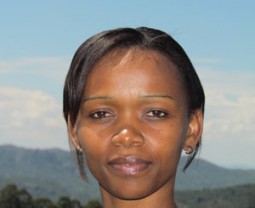 TTCS as you know is a SAP partner. According to Ngwenya, TTCS currently has over 100 full time SAP consultants and is the second largest SAP partner outside South Africa, on the continent.

Here’s an extract from Ngwenya’s presentation:

1. Have a Strong Identity

When you talk to most executives about building their brand, they automatically default to thinking of logos, symbols and colours. However, a brand is more about what an organisation is known for – which emanates from a distinct way of doing things. Most ICT companies invest heavily in looking good on the outside, but not enough on building values that will sustain the business and translate into a distinct identity.

Take Microsoft as an example – it is known for its values of encouraging entrepreneurship and innovation amongst its employees. These are lived out by its founders – demonstrated by senior management and cascaded to the rest of the organisation. So if we say ‘Passion’, every employee models and lives this value. Subsequently all customers and suppliers alike will have that mental image of the organisation. Too often we have companies not living out their value statements which creates confusion as to what their identity is. Therefore the organisation is not sure of what animal it is – are we as ferocious as a lion? Are we as dependable as an elephant? Are we as nimble as an antelope? Too often we think we are lions when we behave like mice and this creates confusion in the minds of potential customers.

Globalisation has introduced endless options for our clients. People buy from people they like, trust and depend upon. Companies buy from organisations with a distinct identity/personality that they can trace. At TTCS, we have learnt to set ourselves apart from other SAP players, through a consistent way of delivering on our promises.

2. Have a ‘killer instinct’

Competition has become more ruthless, and to become a dominant player in our chosen markets, we have learned to think like the sharks that we swim with. We’ve realised that business is not handed to us on a silver plate – we have to be ferocious to fight for our share. One of the lessons we learnt early on was that the moment you venture out of your yard (Zimbabwe) you’re inevitably encroaching on someone else’s territory. So we had to be prepared to not just fight for market share in new countries, but also to be able to defend our own territory. Venturing out too soon without securing home ground can be dangerous. It is like King David in Ziklag who led his army to fight their enemies only to return and find all their women and children taken captive. We’ve learnt to secure our gains and defend our home ground even as we venture out to plunder the spoils of Africa.

TTCS has also had its fair share of near misses with potential partnerships that went wrong. Short of a marriage partner, a business partner is one of the most critical relationships that you will enter into.  As Africans we are not known for introducing successive technological breakthroughs to the rest of the world. Although there are a few here and there, by and large most African ICT companies are more responsive to global IT trends than proactive. There are a number of reasons for this – some of which include low capacity to invest in R&D labs. This introduces a ‘complex’ in that we can tend to want to partner with global giants from 1st World or the BRIC countries (Brazil, Russia, India and China). It’s inevitably a relationship of dependency.

But as TTCS, we have learnt that there are unique traits that set us apart as a business, and we have developed these so that we could position ourselves as a strong partner to any global player. Those attributes are what we’ve built over time and coupled with our knowledge of working in Africa – we’ve learnt to negotiate from a position of strength and confidence, for more favourable partnership terms that have made doing business in Africa a pleasure.

4. The Importance of Depth

At TTCS, we have learned that being a jack-of-all-trades and master-of-none is not a sustainable strategy for ICT dominance in our chosen markets. We cannot build a continental giant by being blown this way and that way by every wind of doctrine and new ICT fad. Early on, we decided to focus on delivering SAP projects and then we set about building the capacity that would set us apart. We have also extended our offering to deliver other services that support SAP implementations, but by and large we understand our bread and butter issues very well. We’ve been pitted against other international, and well known consultancy firms and come out tops because of the depth and knowledge that we demonstrate.  So the lesson is: Build capacity – build depth – and position yourself as THE thought leader in your chosen segment

As Africans, we are the most adaptive and resilient people on the planet. Innovation therefore is an ingrained second nature that we are yet to fully tap in to. We should be like the Japanese, Koreans and Chinese who took the inventions of the West and put in their own ingenuity and came out with better, cheaper products.  At TTCS, we’ve not tried to re-invent the wheel – but are continuously challenging ourselves as to how we can do things quicker, better, faster and at a fraction of the cost. We do not have a billion dollars to play around with – yet – but we are being creative with the resources that we have at our disposal now – because creativity breeds innovation. And ultimately, innovation is what will set apart us apart as a multinational business.