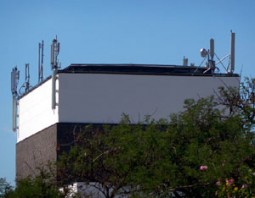 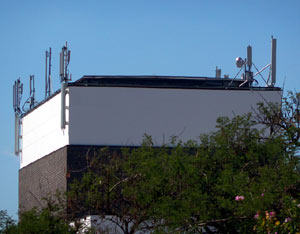 I’ve met more than enough Zimbabweans (geeks and ordinary humans alike) who feel that the local ICT sector is not up to scratch. When asked to specify what being “up to scratch” is, most immediately and rather animatedly set off an explosive cache of various beliefs, facts and figures. However correct some of the well informed opinion holders may be, there are a few cold facts that have rendered their sentiments to the confines of wishful thinking. They are as follows:

These 3 points to a greater extent explain why the local tech scene has not been “up to scratch” however wide our varying expectations may be. For those of you who might be shaking their heads in that ‘l told you so’ mannerism, don’t despair because things are really pointing up.

Firstly, after POTRAZ issued out a series of IAP licences a few competitive players will emerge to drive down prices and ramp up quality in line with the rest of Africa. Out of the chancers that were propelled by dreams of ringing cash registers and bulging pockets, a few genuine players will soon emerge. Just think back to the headline grabbers (champions of 4G and others) that had the nation dancing to a tune of uncontained joy.

Who could blame consumers (okay; l admit that was one of them) as press release after press release churned out the ‘launching in the coming weeks’ cliché. Naturally such headlines died down while genuine contenders were and still are toiling silently in the background. Expect a few upheavals, especially from players that won voice and data enabling licenses in the near future. What’s more, the technologies licensed in use by these new entrants allow for easy migration by subscribers between operators.

Secondly, Econet’s monopoly is now being challenged. The pond is becoming a big blue sea. In this regard Telecel should be commended for coming to the table and helping drive down prices. They championed the affordability of sim cards and are now doing it again with their proposed pricing for 3G. For those who smell a whiff of biased journalism please afford me the opportunity to point out that Telecel’s 3G pricing per meg ($0.10) was an important factor in encouraging Econet to temporarily revise its pricing (to $0.15). If you believe the Econet pricing was a typing error, its not. A much more competitive landscape will hopefully rid us of such comic acts of sheer disrespect for the consumer.

Thirdly, we can’t do much about the last point, Zimbabwe will remain a landlocked nation for at least a billion years or so until Mozambique breaks away from Africa to become an island nation. However the good news is that the plethora of undersea cables (Seacom, WACS, EASSy, and others to come) are driving down costs. Africa’s digital divide will be bridged by the implementation of such cables, such that the cost of bandwidth will be greatly reduced. This positive development will benefit the Zimbabwean consumer as IAPs and ISPs will have access to greater amounts of bandwidth at better prices.

Zimbabwe’s ICT landscape can be highly competitive on a regional and global basis within the next two years. Until then expect to continue forking out more for voice and data needs than other similar countries in the region and beyond. All the same, ICT incumbents have been warned that a time is coming when consumers will have the benefits of choice. Humans naturally forgive, but they seldom ever forget. Don’t be surprised when a few Goliaths are knocked down by the proverbial Davids of this day.

6 thoughts on “ICT incumbents, the times they are a-changin’”