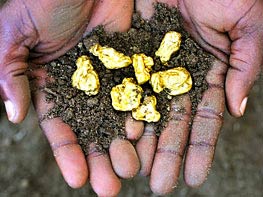 I believe that Zimbabwe and Kenya are similar in many ways albeit Kenya’s coastal advantage with regards to bandwidth access. As such the future is almost predictable provided the local infrastructure shapes up. We have a much higher literacy rate than Kenya with their only difference being that they have embraced tech in a huge and ubiquitous way. Everyone from the vendor on the street corner to SMEs and right up to policy makers are welcoming the info age with open arms.

Of particular importance to Zimbabwe is how they have progressed beyond just consuming content but actually creating their own. As a result a healthy startup scene has emerged, propelled by the success of M-Pesa, Ushahidi and others. Just last year a group of young guys won a $1m Nokia development competition. They competed against teams from all the tech hubs you can think of world over and won!

If we zoom onto the global landscape you can see the mainstreaming of tech to such an extent that investors are stepping over each other to be part of the next Tencent, Facebook, Mail.RU etc… As a result of this activity and interest we are now witnessing a game changing era of the incubation hub. These incubation hubs are centres for entrepreneurs and developers to converge, chase ideas, consolidate skills and attract investors.

By bringing together previously dispersed pockets of talent, availing them resources such as bandwidth, office space, and legal support these incubation centres are creating mini Silicon Valleys that will ultimately result in a few breakthroughs. The problem we face in the local tech scene is that nothing is being done to encourage, bring together and setup tech talent. The benefits are obvious; imagine what a breakthrough startup can do for our country (and our pockets lol).

After the success of Y Combinator, 500 Startups etc in the U.S and emergence of similar centres in Britain, China, Israel and practically every modern nation, Africa is not ready to be outdone. Kenya now has 4 world class incubators, Nigeria is getting in on the act and South Africa is blazing ahead with Silicon Cape and Google’s Umbono (its first African incubation hub).  Even previously strangled nations like Rwanda are smelling the coffee.

The pattern in all this delightful madness is striking; firstly, entrepreneurs & developers have to band together to create a vibrant and sustainable eco-system. Silicon Valley is successful because they have formed a juggernaut cluster that churns out billion dollar start-ups like bread from the Bakers Inn factory; the world has taken note and is coming up with its own micro versions. For Zimbabwe such a cluster is mandatory as our vicious economy will rip any “go it alone” start-ups to shreds.

Secondly it’s us the entrepreneurs and developers who have to persevere to create such eco-systems and not governments. Even the big suit guys who enjoy telling us how inspired they are will not create this; however they and other corporate players in tech can play a very crucial roll in supporting it. A while back Vodacom in SA bought a local social network called Bluworld and integrated it into their value added service offering, Cell C has also been a big backer of Silicon Cape.

The point is that Zim still has life in it to create high value tech start-ups, rather than “waiting for things to get better” we need to come together and develop some sort of cluster.  This digital future can and must happen! It would be nothing short of an absolute sin for the big communications companies not to back such a hub. All that’s required is a huge space, cheap desks, internet access, and personnel (talk about creating employment). This hub must not end up becoming an internet café or games centre but an authentic place to get things done.  It must uplift Zimbabwe from its mediocre tech status.

Local ICT players could then benefit from some of the platforms that they’ll have backed and a few multimillion dollar breakthroughs could result in an unprecedented tsunami of tech utopia. Every parent will encourage their kids to work their butts off in maths and science, code like Zuckerberg and to finally forget the cliché “we want you to be a docotera or rawyer.” Imagine that.

T.E.A.M –Together Everyone Achieves More.

-Clinton D. Mutambo is a serial entrepreneur with a crazy if not out rightly demented passion for tech enterprises, Africa and Zimbabwe. He is currently bootstrapping his latest venture out of a garage near Westgate and believes he can convince Zuckerberg to move to Zimbabwe and join him provided ZESA (the local power utility) keeps up the good run.

17 thoughts on “Zimbos: Stake your claim in the startup goldrush”