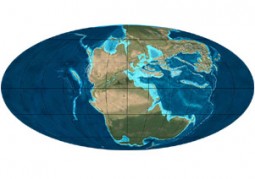 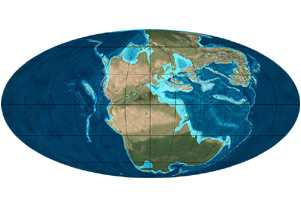 If you either hated history or fell asleep halfway through the lesson; Gondwanaland was a great big continental block that contained what we refer to as Africa, India, Australia, and other sub-continents. Its existence is based on theoretical assumptions related to the earth’s evolution.

Internet hungry consumers in Zimbabwe seem to be reliving this evolutionary process in the technological sense, as they are mercilessly solicited to snap up internet offers from various providers. This phenomenon has led to what can best be described as a sub-nation which l’ll refer to as Dongle-wanaland. To qualify as a citizen of this fascinating collective you must be in a position to pull out at least three internet dongles as eagerly as the gun slinging cowboys of old.

In true Dongle-wanaland fashion (much like Scotsmen are known for the kilt) you must have been rhythmically ensnared by the tempting mischief of mobile internet providers. The sum total of this concluding to the fact that you have a bagful of dongles (most of which you never use). If you are either shaking your head in nationalistic agreement, or experiencing a bout of self-denial due to this “traumatising” experience then you are a moderate Dongle-wanalander.

The ultimate national honour-the order of Dongle-wanaland (in other words…Knighthood) has been awarded so many times that it is now nothing more than a rubberstamping affair. It goes to those who navigate their way through the internet by switching dongles more times per day than the average human being presses the individual buttons of a keyboard. Depending on methodology used the distinguished persons go through an experience along the following lines:

Morning: Used Econet, it was superfast but expensive. Ran out of airtime faster than Usain can Bolt!

Afternoon: Used Telecel. It was cheaper but slow. Got fed up-guess l should “tell someone.”

Evening: Powertel is finally working! Making the most of the uncapped offer for chunky downloads

The morning after: Mmm  Africom’s new 18 bucks for a gig offer sounds interesting…It will destroy these mobile off-arators lve been using!

That Afternoon: Ok great l’ve hustled together enough cash to buy Africom’s dongle and can now “connect to success.”

Barely two days after: What! Guess a gig’s not as big as it used to be…Switch time again…

A week later: I have four dongles (Two GPRS/Edge and two CDMA ones-Powertel & Africom) I am now a grandmaster at switching between networks and have actually developed an amazing sense of figuring out which to use for various scenarios-like Jack Bauer’s superhero instincts in 24.

P.S If you’ve been wondering why on earth l’d have two GPRS/Edge dongles, l was one of the pioneers that bought the Econet broadband package…l was also a pioneer of the Telecel broadband package…the only way to get hold of the line was to sign up for it plus modem…and then they opened it up to ordinary folk

Those who do not directly own the dongles but nonetheless experience the above are known as Dongle-wanabes. After POTRAZ licensed multiple IAPs, the collective’s population is expected to grow at a freakish pace. A one dongle policy will eventually be introduced to curb uncontrolled growth. It is expected to occur as a result of evolutionary necessity (refer to Darwin’s survival of the fittest) when Dongle-wanalanders finally reach the promised land…good luck.

If you find yourself (or know of anyone) using an Econet dongle when finances flow freely, a Telecel line/dongle when industry faces liquidity challenges, a PowerTel dongle when downloads beckon and an Africom dongle because it falls in between (rocks and hard places). Never tire in your quest to vigorously pursue the dream browsing experience. There is light at the end of the (fibre optic) tunnel. Until then perhaps take a cue from Charles Dickens- they were the best of times, they were the worst of times.

19 thoughts on “Ever been to Dongle-wanaland?”