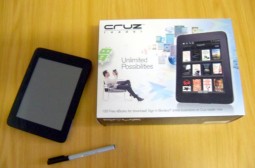 We have written about some tablets here on Techzim. Overpriced low spec’d and low quality ones like the $500 Nhava Maestro tablet, and some high spec’d ones like the WeTab and the Galaxy Tab that we found a bit too steep for this market. When we wrote about the WeTab some weeks ago, a generous reader, Barry Launder, wrote to say tablets like it are just too expensive for this market, and that he could prove it. True to his word, he brought us a US $200 (calculated retail price in Zim) Velocity Micro Cruz Reader tablet to sample and see for ourselves. 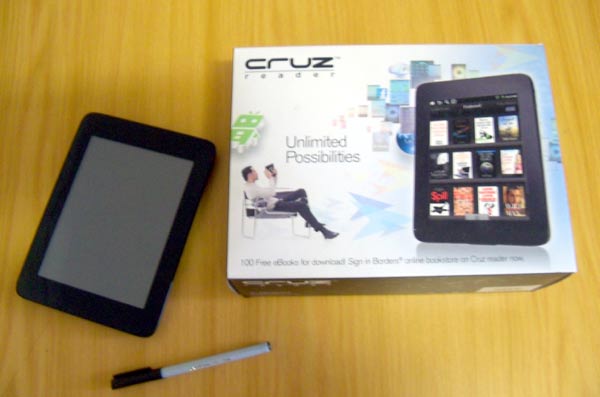 Here’s our brief oponion on the tablet:

The Cruz Reader hardware looks and feels very solid. After switching it on, boot-up time is also great. The first thing you notice when it’s on is the resistive screen. It’s not multi-touch and doesn’t feel at all as responsive as most modern day gadgets we use. You really need to get used to touching it the right way to get some response. The onscreen keyboard is quite unusable too. There’s a work around though: if you use a stylus (which you hopefully have around the house somewhere) touching it is a lot easier. In fact we recommend anyone buying this or any similar tablet to seriously consider buying a stylus as well. 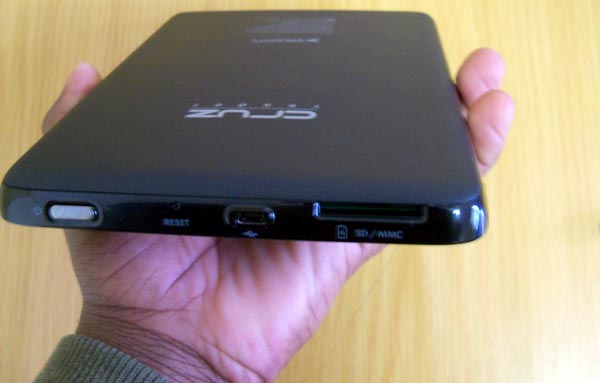 Touch insensitivity aside, it’s quite intuitive getting around, installing additional programs. Connecting to the internet through Wi-Fi is also straightforward. It performs well as a music player too and video player for mp4 files. We couldn’t get it to play avi files for some reason. Reading pdf files was also painfully slow, even the very small files. Reading basic text files is quite fast though.

Battery life is not bad; Velocity Micro says it should last 6 hours of video. We didn’t watch video but played MP3s and some other simple tasks. It’s probably something like that. 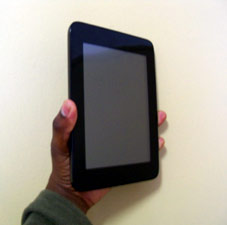 To be franked we hoped but didn’t exactly expect it to be as good and as usable as the WeTab, and it wasn’t. We haven’t had an opportunity to use the low cost Asian tablets, but experience from the ‘fake’ Blackberries tells us the Cruz Reader beats them hands down on most fronts. In terms of good/bad rating, we give the tablet a ‘decent’ and maybe a 4 out of 10. We find it hard recommending the Cruz Reader though. We’d say to add a couple more dollars and get a netbook instead. If you have to get a tablet, go ahead but know you’re not getting an iPad. It’s an ebook reader that surfs the net.

Barry asked us to give it away to readers so that’s exactly what we’re going to do. Watch for an article following this one for details of the giveaway. Thanks again Barry.