The need for a self-regulating mobile VAS providers body 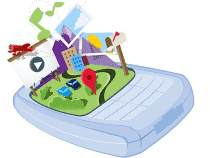 There’s a growing appetite for mobile value added services (VAS) in the market. This is true for mobile network operators, developers and the mobile subscribers.

Developers and entrepreneurs are seeing the opportunities that Zimbabwe’s (and that of African countries in the region) rising mobile penetration avails. Subscribers too are starting to use mobile phones in ways they did not before. The gadget has evolved into much more than just a device to make voice calls and send text messages. There’s internet, music, TV, file transfer, games, and most recently money transfer.

Even mobile network operators acknowledge this. Speaking at the announcement of the company’s financial results recently, Econet CEO Douglas Mboweni said “The business will now focus on optimising the current capital investments to enhance network quality and boost its data capacity and value added services.”

In conversations with developers and entrepreneurs though, there are a few issues that keep coming up. One of them is that most of them have no idea how to approach mobile network operators to their get their application on the networks. They also have no idea how to take an issue up if they feel an operator has unfairly treated them especially concerning issues of intellectual property and anti-competition. Another problem is the difficulties entrepreneurs have in negotiating a fair deal with the mobile network operators in terms of splitting VAS revenue.

There are problems the subscribers complain about as well. The main one being unscrupulous VAS providers that bill them without providing enough information about what they are subscribing for and how much it costs to use a service. There’s also the issue of spam. Spam is basically unsolicited commercial messages. Subscribers find themselves receiving an avalanche of commercial messages they never expressly subscribed for, and to make matters worse, these messages do not contain any opting out information. The infamous Ecolife 31111 messages are an example.

Some efforts can be taken to address some of these problems if the mobile application providers themselves came together to protect their interests, those of mobile network operators and ultimately those of the paying subscribers. A body can be formed whose membership is the VAS providers themselves. This body can therefore become the self regulating body of the industry.

Mobile operators can benefit from this as it protects them from unscrupulous VAS providers out to abuse the phone network and the subscribers. The mobile operators can use such a body to ensure they only deal with serious VAS providers with solid products that offer value to the network’s subscribers. It will also work out easier and cheaper for the networks to deal with a single body with which they agree on a checklist of conditions they need met before they consider partnering with a VAS provider.

In the end the genuine VAS providers who really have a value proposition for the mobile network operators and the subscribers are able to thrive as they have a channel that recognizes and certifies them as legitimate. A clear complaints procedure can also be put in place so VAS providers can seek protection if they feel they have been unfairly treated by mobile network operators.

Most importantly, subscribers can have a body to which they can easily complain when they feel a mobile application is being used inappropriately.

For such a body to exist, current VAS providers have to come together and make the platform as transparent as possible and seek the required legitimacy by creating official communication channels to the mobile network operators, the Computer Society of Zimbabwe, POTRAZ and other relevant bodies. Creating something modeled along the lines of South Africa’s Wireless Application Service Providers’ Association would be a start.