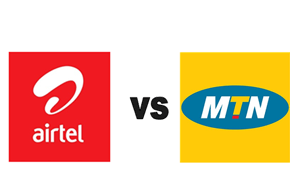 According to a story by Godfrey Marawanyika on Bloomberg, Reward Kangai, the CEO of Netone has revealed that the company has been approached by six foreign investors with four having communicated within the last two weeks. Of the six, Bharti Airtel and MTN Group are front runners as they are spread across more African countries than any other operator on the continent.

The two have the capacity to bring down prices and increase the country’s ICT readiness. The mobile sector in Africa and around the world is undergoing a period of consolidation as small and uncompetitive players across the continent have been bought out by operators with a large critical mass.

Econet Wireless is currently Zimbabwe’s leading telecoms firm and maintains a dominant position in its home market. It also operates in Burundi and Lesotho where it is fourth and second respectively (Lesotho only has two mobile operators..). Econet’s status as a medium tier operator has required it to charge premium prices in Zimbabwe so as to bulk up before the ‘great storm’.

Johannesburg based Econet Wireless Group might ultimately become a takeover target as it does not have the critical mass to compete effectively against Pan African and global brands like MTN, Bhartil Airtel and Vimpelcom – which now has an indirect majority interest in Telecel. Similar operations like Comium and Tigo Africa have consolidated their positions by taking over small operators across the continent, EWG has not been able to do this. The battlegrounds have now been set for what can become a very vicious fight to win the hearts of consumers.

Ziscosteel is a parastatal of note that was disposed of by the government to Mauritian based (and Indian owned) Essar Energy whose telecoms affiliate bought out Econet Wireless Kenya before it had started and now operates under the Yu brand. The company could very well be one of the other four contenders. All suitors will have to expertly navigate the complexities of bidding for a parastatal in Zimbabwe.

Techzim has reached out to Bharti Airtel and MTN Group for their comments. Both companies have been profiled on this site as part of a series known as Africa’s Telecoms Titans:

10 thoughts on “Airtel, MTN and four others court Netone”