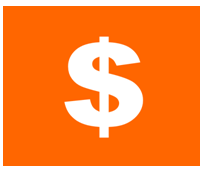 According to a press ad published in yesterday’s Sunday Mail, Econet Wireless has reduced the price of the Android powered Huawei U8100 from $249 to $200. This is a very positive move on the part of the operator. Huawei is by design a consumer brand targeted at the mass market and not the premium market.

Two weeks ago, we posted news about the launch of the Huawei Ideos tablet in South Africa, and went on to point out how well the company’s smartphones have done in African markets like Kenya. As the nation’s largest telecoms company Econet’s responsibility is to encourage mass access and is thus better off working with players like Huawei, and not dedicating great emphasis and city center shop space to premium brands like Apple.

The same ad also featured Econet’s branded dongle (by ZTE) that is now retailing at a price of $40-it previously cost $50. The Econet modem has the lowest price tag on the market, so this is much welcome news. We believe this revised pricing has been driven by the increasing competition. Of these, Africom has fought the fiercest battle as its $18 for a 1GB entry point has attracted many a consumer.

Brodacom’s recent entry and pragmatic ad campaign offering fixed phones (Voice and Data capable) and wimax kits (that connect up to 20 people on Wi-Fi) at $170 and $250 respectively, is a good indication of the price wars to come.

While Econet has begun to respond to competition, its advertising people might need to adjust accordingly as the phone (picture) in the ad was ‘borrowed’ from Canadian operator, Wind Telecom.

This could have been another ‘one of those’; however Wind is owned by VimpelCom which in turn owns Telecel. By lifting a picture from the internet instead of putting those super profits to good use through a photo shoot or asking Huawei for a pic, Econet has indirectly promoted its competitor.

Had this mistake not occurred, this writer would not have then proceeded to Wind Telecom’s website to then find out that the Huawei U8100 costs $120 in that particular market. With mobile phones and other devices exempt from duty locally, one wonders if the current and previous pricing is justified-especially after considering the fact that selling phones is not Econet’s core business.