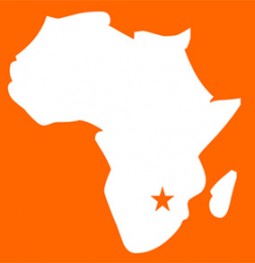 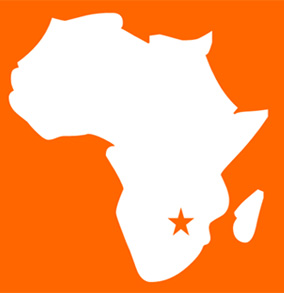 According to a survey conducted by African Business Panel and echoing the sentiments of 800 business professionals across Africa, Zimbabwe is expected to be among the continent’s top 10 ICT hubs out of a total 53 states in the next five years.

The report was released in Amsterdam last month and pinpoints South Africa, Nigeria, and Kenya at the top of the rankings.  South Africa has traditionally been a gateway to Africa for most international ICT firms and has of late been losing its glow to Kenya which among other things is Africa’s first nation to have an open data policy. Techzim believes Nigeria’s population (one out of every six African people is Nigerian) has placed it in good standing as a priority market for ICT players across the world.

The top ten is as follows:

Angola, Botswana and  Uganda surprised us here at Techzim as Tunisia, Morocco and Mauritius deserve to be in the list as they are becoming BPO and ICT services bases (a number of key African ICT companies and startups such as Multichoice, MTN, Mixit and Vodacom are incorporated in Mauritius). Zimbabwe’s key strength and justification for being in the list can be found in its world renowned human capital which propels a significant number of the continent’s leading ICT players.

Botswana has tried to follow suite with its government investing in an innovation hub, however its skills base might not warrant a top ten slot. Angola is widely known as a continental oil titan which has attracted widespread investment (in oil and strategic services…not ICT), while Uganda can be defined as the list’s mystery element. This report is not overtly authoritative as it contains sentiments of 800 business leaders; however such sentiments are very important as perception tends to override reality.

The good news is that Zimbabwe’s opportunity of becoming a continental ICT services hub as resolved at its first ever BarCamp is well within reach as both outside perceptions and human capital realities seem to agree.

Some of the views contained in the report are as follows:

Whenkeremma Okezie, CEO at Geomarine Systems Limited, Nigeria: “South Africa is far ahead in ICT technology, infrastructure and culture. It can only continue to grow barring any economic shocks. Nigeria is rapidly growing rapidly its ICT culture and infrastructure. Power continues to be a challenge but, as always, Nigeria has the population to support most of the business opportunities available and at play. Kenya is increasing its ICT footprint too and, has a some local innovative talent to drive some heavy growth in the sector.”

James Njoroge, Financial Consultant at Pan Africa Life Assurance Limited, Kenya: “I’ve been looking at the figures of BPO’s coming up in Kenya and it’s phenomenal. It wouldn’t be possible without the ICT investment that’s being put into the country’s different sectors. Rwanda is a country that has shown hunger for anything that can boost its growth and the government has lent the ICT sector a hand by partnering with not-for-profit organizations that have shown interest. South Africa has the largest resource base in the continent and would not hesitate to use it in an industry with such promise.”

Caesar Onejeme, Business Development at Fleet Technologies Limited, Ghana: “South Africa has always been number one in innovations in Africa. The country is stable both politically and financially, thereby making it the first destination for foreign partners seeking low-risk environment. It’s citizens also seem to be ICT savvy. Nigeria on the other hand would have been number one, if it had a semblance of political stability. The mind-burgling 150million population still makes the country difficult to resist for investors because of the amount of traffic you could generate from such huge population. Nigerians are quite business savvy. Ghana is more like a rising South Africa, with a very stable political and economic system. The country also boasts a far better security position than the two countries earlier mentioned.”