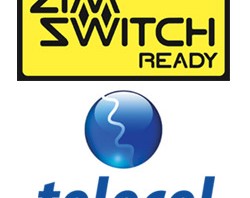 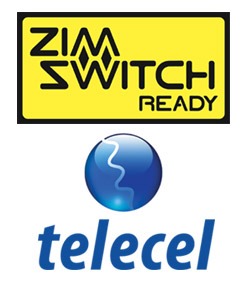 According to Roscoe, the 12 institutions make up about 85% of Zimbabwe’s total banked population. While Roscoe wouldn’t give the full list of the 12 banks, he did reveal that POSB is in live pilot and “Interfin is close”. The rest of the banks, he said, will be coming online in the coming weeks.

CABS has already launched and is currently signing up customers. FBC has been advertising the new service in the press.

Currently, ZimSwitch Mobile is only available to Telecel subscribers. This means individuals interested in using the service have to either already be on the Telecel network, migrate to it or simply buy a second phone (or just a dual SIM phone) for the mobile banking services.

With a current total of 5.4 million subscribers, Econet Wireless Zimbabwe holds 67.5% of Zim’s mobile telephony market. Telecel and NetOne share the remainder equally with 16.25% each.

The requirement for subscribers to get a Telecel line will either cause a significant jump in the Telecel subscriber base, or cause some customers to shun the ZimSwitch Mobile based mobile banking services. Much of this is of course dependent on convenience and cost.

Without number portability, changing mobile networks is not at all convenient. The 12 banks, Telecel and ZimSwitch have this factor working against them.

But Roscoe doesn’t rule out partnering other mobile network operators. Though he wouldn’t disclose which operator they are looking to partner in future, our guess is NetOne, the state owned mobile operator. Signing on NetOne would significantly improve the convenience of the mobile banking services. Subscribers would at least be able to choose between 2 networks.

It would also be extremely convenient if ZimSwitch could partner Econet and deliver EcoCash through ZimSwitch agents in addition to the EcoCash agents. We have no idea how likely this is to happen, but our leaning is on the “highly unlikely” side. For starters, TN Bank, Econet’s EcoCash implementing partner, is not even part of the 19 local institutions using the traditional ZimSwitch. Econet Chairman Tawanda Nyambirai is the founder, group CEO and controlling shareholder of TN Holdings. Secondly, Transacting costs aside, Econet has its near-monopoly status working in its favour to rollout EcoCash successfully without needing anyone.

There’s also one key difference between OneWallet and EcoCash on one side, and ZimSwitch Mobile on the other; it is the transparency of traditional banks. With OneWallet and EcoCash, subscribers do not interface with the traditional banks at all. There are banks in the background but the subscriber doesn’t ‘see’ the bank. ZimSwitch Mobile on the other hand requires that customers work directly with the banks.