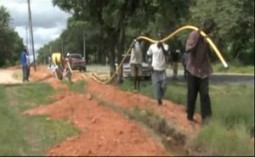 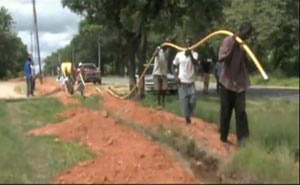 Like us, you probably woke up to the news that Tendai Mahachi (Harare’s Town Clerk) announced that the City Council has suspended all fibre optic trenching activities in the city. The reason for this was attributed to a breach of agreement on the part of some telecommunications operators and their contractors. The city custodians assert that the operators have been digging holes and trenches all over the place without rehabilitating the trenches.

Whilst we appreciate this effort by the City Council to enforce the city’s by-laws are adhered to, it too has been notorious for digging up holes and never covering them up. I remember a young man who nearly lost his mind after dropping his ‘state of the art’ mobile phone down in what appeared like a mineshaft within the CBD.

The same city council is responsible for potholes best suited for the 4×4 Jamboree. And yet the bills keep coming… Perhaps they should consider suspending themselves for some of their own acts of misdemeanour.

We have contacted companies we know to be laying significant tracts of fibre and will update this post when they comment on this.