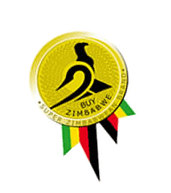 We have no idea why Buy Zimbabwe hosts their website in the US. And maybe this is a sign there are certain issues that need to be dealt with before Buying Zimbabwe becomes the default preferred option for the local buyer.

Techzim is not hosted locally.

We tried buying Zimbabwe for several months until we just decided the problems were beyond our control and moved out.

There’s this strange thing that happens sometimes with local ISPs where when you’re using a certain ISP’s internet service, you can’t get to sites hosted by a different local ISP. We experienced this like 5 times in a single year: we would complain that our site was down, and our host would say something like, “look, your site is up, must be something with your ISP”. And we would call up our ISP to tell them “we can access the Internet but we can’t get through to ABC hosted websites!” They’d do the typical, “It’s viruses on your end” thing that ISPs do when they can’t pinpoint the problem. Eventually they would admit and fix the problem.

This problem is frustrating because sometimes you just have no idea some visitors trying to access the website from XYZ ISP can’t reach you. Until, if you’re lucky, someone notifies you. But visitors rarely do this; they’ll just assume the website is down and move on. A their-website-is-always-down reputation is one every online business works tirelessly to avoid.

Now the worrying thing is this: The problem is not fixed yet. The traffic routing between the local ISPs still doesn’t work that well.

In May for example, Some Econet Zimbabwe websites were unavailable to everyone not using an Econet internet connection. They fixed it after we posted an article about it. www.econet.co.zw is hosted locally.

Just two weeks ago, around the time Sha launched, the new social network wasn’t reachable from the Africom (local ISP) network. We advised the owners of the site and they in turn advised Africom and it was fixed.

Just a week ago, we couldn’t access the Econet Zimbabwe main website. Yes, again. A friend said they couldn’t access it from SA as well. Reported the matter to someone we know at the company at it was fixed.

There are more examples out there of sites that sometimes are unavailable to local visitors depending on which ISPs you’re with. The ISPs of course just blame each other and use the opportunity to tell the complaining customer they have a lousy ISP and should just move to a different one.

Are you ‘buying Zimbabwe’?  If not, why?