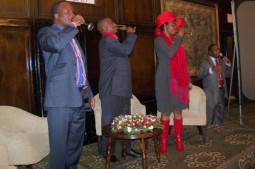 When Africom unveiled its mobile broadband service pricing last year in October it was to the delight of a market frustrated by exorbitantly priced internet (in the case of Econet) or just internet that didn’t work much (hello PowerTel).

We commented then that on price Africom’s service was “by far a preferable alternative”. We still believe so.

They disrupted a market where if you wanted any reasonable internet, you had to fork out $98 for a 1 gigabyte bundle. They basically opened up the internet to that couldn’t afford to shell out that much for just GB. And even for those that could afford expensive internet, at US $18 a GB it was a no brainer choosing the new entrant.

And it wasn’t just for a short season. Today a GB still costs $18 at Africom. You pay more when you exhaust that first gigabyte, but Africom lets you buy multiple ‘first $18 gigabytes’ on the same account, so if you’re determined enough $18/GB is all you’ll pay for all browsing.

In our discussions with some local ICT leaders, their message was always that the Africom pricing model is unsustainable. The competition tried revising prices downwards but no provider managed to match. The model doesn’t make business sense they say. I remember one executive admitting there was just no way they could match Africom’s pricing and that, soon or later, the model would surely fail.

Africom has soldiered on for more than a year with the new disruptive pricing model. But maybe their competition is right. If the revelations coming out now as scorned executives at the company fight tooth and nail for control are anything to go by, the cookie is crumbling.

Last week’s Fingaz carried a story titled “Africom dispute turns nasty”. Inside the story are revelations made by Simba Mangwende, Interim CEO (or not depending on who’s side you’re on at the company) in an affidavit lodged with the High court:

I should mention that the company’s financial position is extremely precarious, with creditors amounting to US$20 million, overdrafts that are not being properly serviced, service providers on the verge of switching applicant’s (Africom) equipment off which is tantamount to shutting its business altogether, a negative cashflow position and a resultant ‘cooling off’ in relationships with most bankers