Internet-based music stores have been on the rise globally and continue to gain momentum. Selling music files on a per-song, albums and/or subscription basis at lower prices has become a phenomenon. Online music stores such as iTunes and Amazon MP3 are now the biggest music retailers in the US, selling almost 25% of all music in the US. This represents opportunities for businesses in developing ICT markets like Zimbabwe and can help revive the countries’ music industries which have been on a downward spiral. 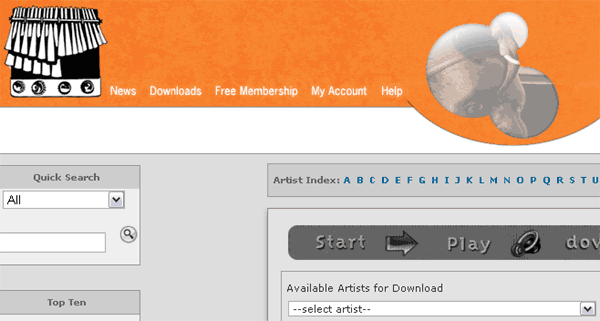 With online shopping starting to become a reality, one would have thought this would have also translated into higher online music sales. A number of music stores, such as Zimaudio, Zimvibes, Mbira and a few others are now available but current sales, as according to the figures we got from one online distributor, haven’t been high enough to warrant any excitement within the sector Total sales of all artists are usually on the low side with some artists failing to record even a single sale in a month.

What then is affecting this potential gold mine for artists? In general, the music stores have failed to prove to the musicians that they can sell their music online and make it worthwhile for the musicians, and as a result musicians are not clear the value added through online digital music sales.

Last year, a UK based start-up which I’m part of that runs a Zim music website hosted a workshop in conjunction with Metro Studios and I was attached as part of the software development team to educate and sign up artists onto a new platform the start-up had built. A number of artists were however absent and a majority those that attended were initially not enthusiastic about the proposal. The feeling among them was that it was another business venture which would exploit them and had very little/minimal benefit to them as they initially thought they would not be able to monitor their sales.

The marketing by online stores is a bit lacking as well, thus you will find very little knowledge of them. I’m sure most of our readers would have struggled to name just two local online music sales sites. On the local scene, the lack of a convenient payment method such as credit cards or internet banking (that goes beyond a bank having a platform for its customers to transfer cash and check balances) coupled with a lack of access to decent internet to download their purchases excludes a very significant group of potential customers.

Currently, a lot of pirate online music sites are available claiming rights to sale music though obviously the money obtained from such sales is not remitted to the artists. Further to this, some recording labels have a tendency of holding on to music and selling it to pirate sites because they tend to benefit from such deals when musicians don’t get anything from it. It’s bigger profit margins for them.

Figures from shows held by a number of current artists, as well as the comparative online sales suggest that they are not well known in the diaspora, the majority of the current market, which poses problems for promoting and selling their products.

With retail payments for mobile and internet streams having grown 108% and 54% from last year June to this year June, it is imperative that online stores fully utilize these payment gateways so that many local people can buy digital music.

To derive better value from these stores musicians should appreciate that authorised local online music sales tend to benefit them. Local artists should take a cue from international artists such as Coldplay and must actively engage and promote their works on these stores, possibly through social media platforms, like Twitter and Facebook. A store where only zim music is sold should be more advantageous compared to global stores like iTunes where they compete with international names such as Jay-Z and Beyonce.

Recording studios also ought to look at the benefits of online music sales and as such avail music within their portfolios timely. My research as part of Songear showed that people in the diaspora are starved of local music thus studios should realise that there is a market for such where they can make some money.

Action has got to be taken against all sites that are selling music online without the authority of both recording studios and artists. There is also need to ensure that the pricing for music is reasonable to the local market as currently the legal routes to acquiring music are considered quite expensive. Such pricing tends to hamper legal sales and as such people opt for pirated copies of that music.

There is a great opportunity for local music to earn its stand on the international market only if all concerned parties pull together.

7 thoughts on “Digital music sales in Zimbabwe. Taking it to the next level”