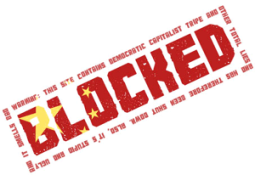 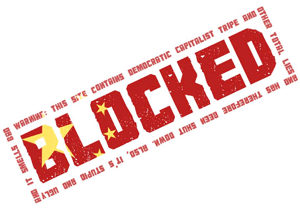 From ancient times, the Chinese have been characteristically paranoid about their security. Many years later, the types of attacks to fend off have mutated, but the paranoia remains; and understandably so. With cyber warfare increasingly becoming important, the People’s Liberation Army has inevitably bolstered efforts to fortify its information firewall.

Whenever a discussion of the Great Firewall of China is broached, questions to do with free information flow are asked. Invariably, the debate divides its participants into two broad camps: the Western-oriented view of freedom of expression on one side and the leftist view of controlled discourse on the other. I understand both views, though I confess that I lean a little with the former. However, a comprehensive discussion of this topic is too complicated for a single blog post; for now I will defer it.

As with many points of conflict between the Chinese and the Americans, the latter always seem impotent against the positions taken by the Chinese. Take for example the paradox regarding the true value of the Yuan; the Americans whine about Chinese unfairness as if they are unable to retaliate in similar fashion. The anger displayed by America over the Chinese firewall follows a similar pattern. Again, America is powerless to do anything about it. Of note is the fact that this righteous indignation is a hybrid of self-sacrifice (with regards to expression) and economic motivations. The Chinese certainly have their weaknesses, but I admire them for their steely resolve.

Zimbabwe is entitled to the protection of its sensitive data. This is especially true now that the likes of Julian Assange prowl the world. A nation can never be too paranoid about its private intelligence. I think it is telling that America became victim to Wikileaks; and not China. A partnership with the Chinese government for the expansion of expertise sharing in the field of internet security will do Zimbabwe a whole lot of good.

It is important to stress that firewalls are created with noble intentions. They become controversial only because what they allow or restrict are ultimately determined by humans. As Shakespeare once remarked, ‘To err is human… ’; humans, ultimately, are fallible. Whoever is designated the role of firewall arbitrator for Zimbabwe must therefore be accountable to a reasonable majority of the populace. This is because a firewall that is too restrictive may end up harming the very people it is supposed to protect. Ask anyone who has developed a program only to find it blocked from use by an antivirus.

China’s situation is definitely more complex than how it is usually analysed. It has an intrinsic advantage resulting from its behemoth and intelligent populace. This translates to a readily available and self-contained market. If Zimbabwe is to learn from China, its IT industry must formulate ways of manipulating information for its citizens’ consumption. There is no market more reliable than a patriotic one.

2 thoughts on “Firewall of China: paranoia or sovereignty shield”