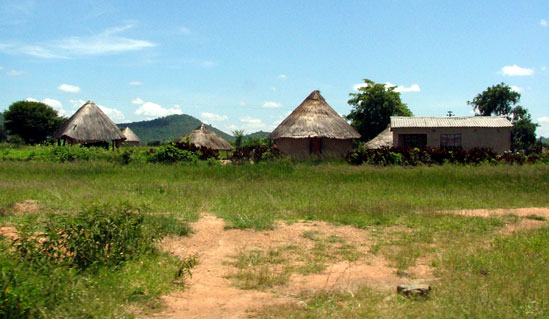 Friday afternoon I set out to travel to Wedza, my birthplace with my inner circle. The journey is approximately 460km away or 6 hours drive. I picked along my Fuji FinePix camera for snapping anything of interest along the way. Interestingly, the road had plenty to give in terms of photography. The beautiful greens and colours of vegetation were a pleasure to the eyes. Lots of ideas ran through my mind from beautiful lodges along the highway to bullet trains zapping along the angulations stretching from outerBulawayoall the way to Gweru. I imagined these structures being there perhaps in 20 years or so.

It was not just the flora and fauna that caught my eyes; technology, being my area of interest first appeared in the form of yellow and red “pipes” laid at regular intervals along the highway. My younger sister had so much to ask about the ongoing fibre network that was being laid along Bulawayo Harare road. As I explained to her what the stuff along the road was all about, she Googled more on it on her Nokia phone. She wanted to enjoy the discussion with the same passion I had.

I was a bit puzzled to note that a few months earlier, other firms had been digging on more or less the same spots along the highway. Could it be that these firms were different or were now doing maintenance on fibre only put underground less than a year ago? A number of pickup trucks from Liquid (a subsidiary of the Econet Wireless group) confirmed my initial guess about the firm laying the cable.

So in total how many firms could have laid their cables next to the highway? I hope that the services to be deployed in the next few months will answer some of my questions.

After Gweru we travelled to Mvuma which is less than 100kms from Gweru. I dropped a few signal bars on my phone here and there but I was persistently locked on Edge data connectivity. There were a few times when I checked my mail or sent some SMS from WhatsApp. I later switched to flight mode between Chivhu and Murambinda fearing I would drain my battery as the signal more regularly fluctuated. With all thanks to the Almighty, we arrived safely at our rural homestead at 2025hrs, just in time to see the setting of the star know in the Shona vernacular as Vhenekera Tsvimborume.

After the usual morning chores, I remembered to check my phone for mails, Google+ and Facebook updates. The signal was not as good, however just a few yards away from my parents’ grass thatched kitchen the signal was amazingly excellent; 5 full bars. I got connected to Econet’s Edge network and was able to browser smoothly for 15mins or so. I sent a few pictures to a niece in Bulawayo via WhatsApp. 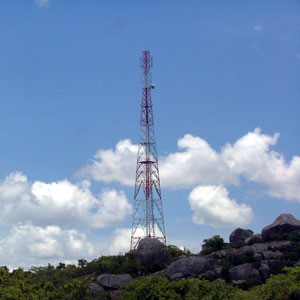 In the distance, about 5km away I saw a towering base station which was visibly clear all the way from its foot. I was later told that it was Econet property but it had never been switched on, for more than 8 months now. The reasons varied from person to person. Some said it was not working because of electricity problems; another reason given was that Econet was yet to finish the setup. Whatever reason, this base station is really needed in this area with 3 secondary and 5 primary schools.

In the afternoon I had a chance to meet with several friends and relatives at a family gathering. Naturally we went into numerous discussions from politics, sports, progress in the fields, Chiyadzwa stories and myths. Technology was our last major discussion and perhaps the most interesting for almost everyone judging by level of participation and the duration. Mobile was a hot issue, which was not really a surprise as everyone could relate to cell phones. Out of a group of 8 or so only two elderly man did not possess mobile phones. They both admitted regularly using those of their relatives or friends whenever the need arose.

I had a chance to see the “hot” mobile phones in Wedza in all their shapes and sizes. The Chinese made models topped the list perhaps because of their key features – dual sim support, high audio output, multimedia support (ability to play a range of audio file formats, record audio/video clips and snap JPEG photos with reasonable resolution).

There was one particular phone that really impressed me, it had a detachable battery with some speakers attached to it. As expected the phone carried the Nokia brand and had a user interface quite similar to Nokia’s Symbian mobile operating system. It took a few button clicks to figure out it wasn’t a genuine Nokia.

My initial curiosity was to find out as much as possible what perception the rural folks had about mobile phones, I was careful to conceal my Samsung Galaxy Tab to not ‘contaminate’ their views. I asked simple leading questions like “so can you watch TV on those phones? Is the picture clear?” Of course none were watching TV on their mobiles. Such questions triggered some verbally congested mini lectures as each of my friendly hosts explained what they were using their mobile phones for.

I was pleasantly surprised to hear one of my uncles talking about mobile banking. He was yet to register for mobile banking but he admitted he had seen an individual in Rusape being issued cash from a deposit done via mobile phone. At that moment he turned and looked at me with a mischievous smile and said, “Mzukuru, kozvichanetsa here kuti mutitengere beer? unongo kanda katen dhora ka ndonomwira kwaMurambinda hangu”. (translated he was asking me to send him some cash for his drinking via his mobile phone). I smiled back and reminded him to get done with registration first, although that could have been just an excuse. 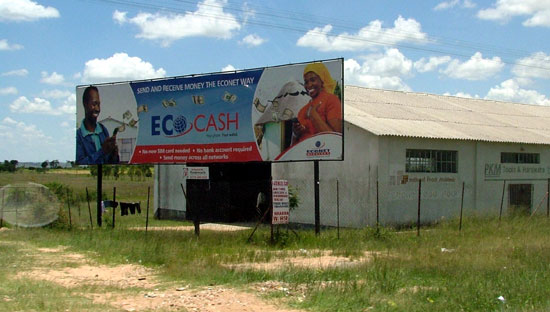 A cousin brother’s son, a form 4 student who had been mostly silent for the greater part of the conversation took out his G-Tide phone and asked me if he could access the internet from his cell phone. After some tinkering, I managed to get the handset connecting to Econet’s EDGE. I must admit that it was pretty slow and constantly timed out. In addition to that, the wap browser was quite inferior. It could not load lots of highly scripted pages like Facebook and Gmail. I gave a 3 minute lecture of Google Search. After a few demos, the young man beamed when he realised he could do some research via the phone. The thought of using the phone during tests was the young man’s first forbidden apple. We all laughed at the idea and warned him he would be digging his own academic grave if he ever cheated via mobile.

My attention later shifted to a young man who is a teacher at a local high school called Makanda. He was carrying a Sony Cybershot digital camera. He supplements his income through part-time photography. He uses a Canon Selphy portable photo printer for processing and producing the 6 inch photos. As a photography enthusiast, I took the opportunity to observe how he was optimising his camera for best shots. We had a somewhat lengthy discussion covering a lot of stuff on digital photography.

At this point I took out my galaxy tab and naturally I got a lot of wows and an avalanche of question on what exactly it was. It was easy to explain what a smartphone was after much of the previous discussions. All I did was to combine all the features scattered on each of their handsets and talked a bit about other features and services that are standard on smartphones.

After much discussion on the future of the country and technology, we wound up as lunch was served. We had sadza and rural delicacy, makurwe, nyevhe and goat meat. It was a memorable way to conclude our own consumer electronics show (CES) in Wedza.

2 thoughts on “My journey to Wedza. An experience with technology in rural Zimbabwe”