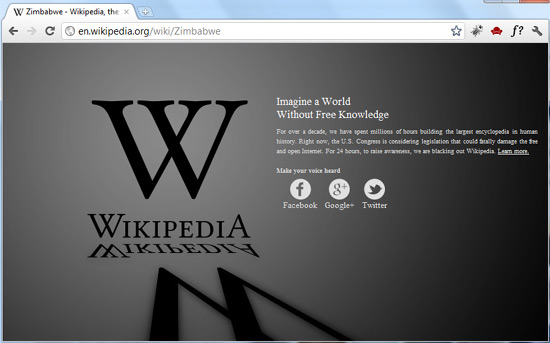 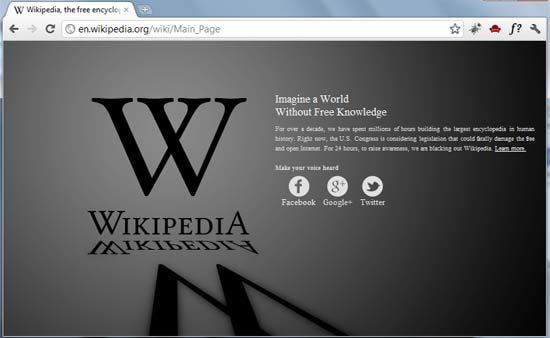 The internet is on strike today. One of the most popular website globally, Wikipedia, has blacked out in protest against SOPA and PIPA. If you visit Wikipedia today it will load you a black page with the following text:

Imagine a World Without Free Knowledge

For more than a decade, we have spent millions of hours building the largest encyclopedia in human history. Right now, the U.S. Congress is considering legislation that could fatally damage the free and open Internet. For 24 hours, to raise awareness, we are blacking out Wikipedia.

SOPA and PIPA are basically legislation that, if passed, will attempt to block access by internet users in the US to any foreign sites (and local ones as well) that are perceived to be promoting the piracy of America’s entertainment content such as movies, music and other publications. The legislation will also be able to force US advertisers, funders and payment processing companies working with these pirates to pull their support and therefore cripple the pirate’s operations. Sort of like the way they attempted to choke Wikileaks out of existence back in 2010. Think of them as American sanctions on internet pirates.

Big internet companies like Wikipedia, Google, WordPress and O’Reilly disagree that this is good for the US. They argue that instead of benefiting the US, this will actually hurt US internet companies especially internet startups, search engines, video sites, and social networks where people share content freely. They also argue that some of the proposed methods to block the sites fiddle too much with how the internet works and will just break and make the internet less secure.

The black campaign is intended to persuade US visitors to these sites to sign a petition and write congress to protest the proposed legislation.

Here are images of other big web destinations protesting SOPA: 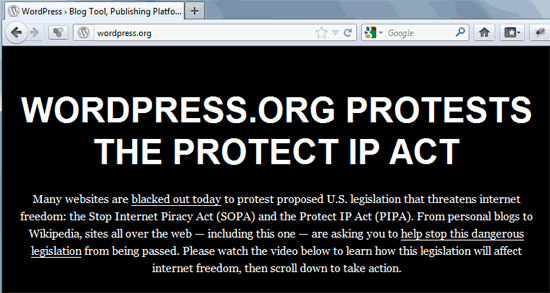 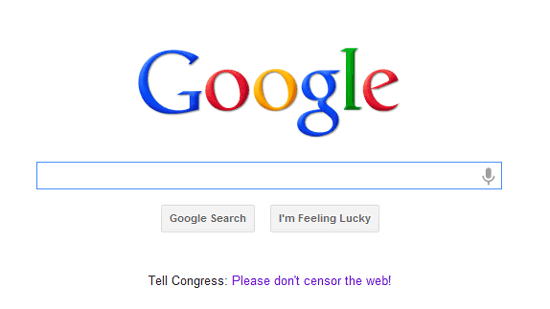 2 thoughts on “The internet goes on Strike: Wikipedia blacks out”