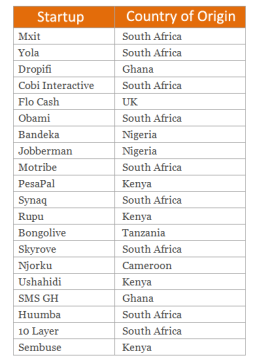 The February edition of Forbes Africa has a feature profiling the top 20 startups from the African continent. As expected, mobile played a dominant role with Mxit coming up tops as the most promising startup. In the truest sense of the word startup, Mxit might not qualify as it went through institutional investors and is more than seven years old. Definitions and valuations aside, the geographical origins of the startups profiled serves as yet another call to action for those of us in Zimbabwe.

Our neighbours down south or continental buddies up north might have more developed economies with easier access to skills and funding, however as determined at BarCamp 2011, what makes things happen is a robust community. It might begin as a trickle but the more we work towards a shared interest, the more prospects arise for individual startups. 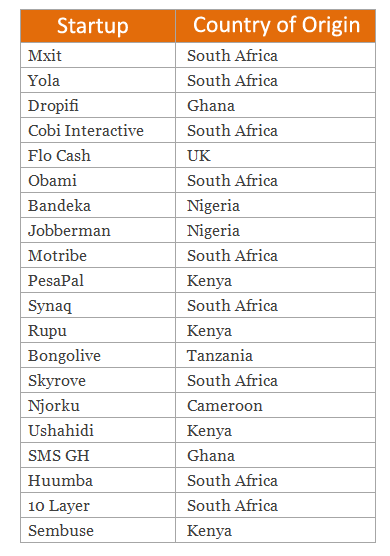 *The quality of the above ranking by Forbes is heavily influenced by the fact that the publication is based in South Africa, however the geographical distribution would remain the same if the ranking were to be redone. The fact is that there is no Zimbabwean startup that would make it…

Each of the startups that are listed in the feature are from countries with a deep rooted technology ecosystem. By deep rooted l’m not only referring to money or skills but more importantly to community. Both funding and skills are critical to succeed however they are not a prerequisite in their entirety. We must organise ourselves such that the skills laden diaspora or overflowing venture capitalists find a compelling reason to join us. Africa is on the cusp of a great ICT revolution, Zimbabweans are a part of many of the companies driving this revolution, it’s about time we channel this energy in an appropriate manner.

In 2011, the spark happened. With the commitment of ZOL and other partners, Both BarCamp and the Startup Challenge took place. These events might not have been perfect but real people with a common interest came together. I’ve been amazed by the linkages that happened thereafter as developers, entrepreneurs and other professionals got connected.

It is also heartening to note that 6TM Solutions, a startup that pitched at the Startup Challenge, didn’t give up after not making through to the local event. They proceeded to become a finalist at Seedcamp Paris, Europe’s most prestigious startup accelerator. As if this is not good enough, 6TM recently qualified for the San Francisco (Silicon Valley) based New Me Accelerator 2012 batch. It would be mischievous to attribute their success to BarCamp and ZOL, however l am of the opinion that they built on such an experience and are now making the most of their passion.

We must continue to build a meritocracy in which people are given an opportunity to connect and develop with likeminded peers. Perhaps next year’s Forbes feature will have a Zimbabwean startup, l have no doubt that this and much more is possible…

43 thoughts on “Perspective: Africa’s top 20 startups as ranked by Forbes”