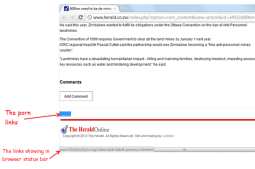 We received several tips this morning from readers alerting us that the Herald website, www.herald.co.zw, had been compromised. We checked. It was. The hack was silent with links to pornography sites inconspicuously placed on every page on the site. Both the Herald and the company that developed & host the website, Webdev, were alerted and the issue has since been resolved. 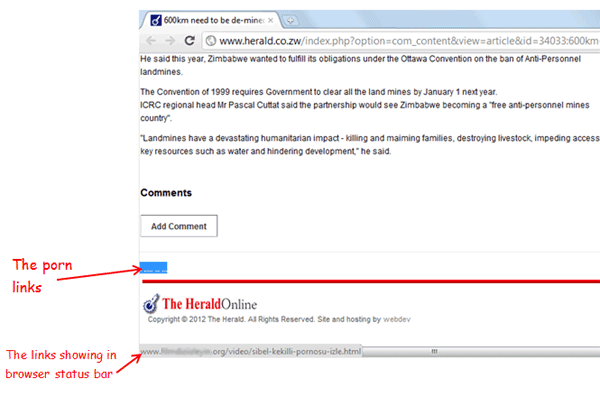 Here’s a screenshot of the source: 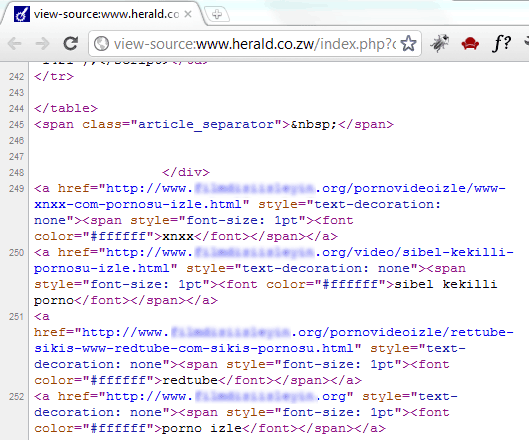 We’re guessing the hack is for SEO purposes and nothing malicious targeted against the Herald itself. We will try to get an official comment from the Herald on what caused the issue.

The Herald is Zimbabwe’s biggest daily newspaper by circulation. It is owned by Zimbabwe’s largest newspaper publisher, Zimpapers. Zimpapers also publishes The Chronicle, The Sunday Mail, The Sunday News amoung other titles.

40 thoughts on “The Herald website hacked, used to propagate pornography”