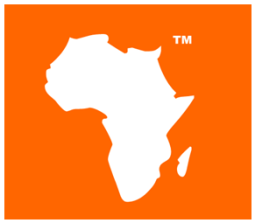 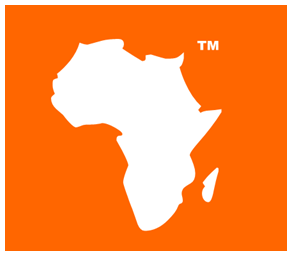 In Africa, the Brand Africa Forum’s own ranking is quickly cementing itself as a true barometer of brands on the continent. In 2011 (according to Interbrand), 6 of the world’s top ten brands hailed from the ICT sector. Just over a quarter of the top 100 brands were ICT focused but not a single one hailed from Africa. Not yet.

Many start-ups and ICT concerns are popping up across the continent on a daily basis. The arrival of increased bandwidth, open source software and reduced costs of launching a venture online have triggered a hive of activity. Perhaps the truest beauty of the internet is its ability to avail opportunities devoid of any bias or prejudice as often witnessed in the “real world”.

An online creation can be birthed from any corner of the world and succeed or fail based on its merits. While no African company exists in any top brands surveys, this presents entrepreneurial Africans with an opportunity to build home grown brands. The benchmark has already been set by MTN, Africa’s biggest telecommunications company and most valuable brand. It is home grown and commands a brand equity breaching the US$ 4 Billion mark. A visual by Interbrand plots the world’s leading brands by origin, 50% of the top 100 brands last year were from North America. HTC became the first brand from Taiwan to be included. MTN is likely to become the first African brand on the list in the near future.

Rather than being confined to simple aesthetics, branding is about identity and value. When MTN became the first African company to sponsor the first FIFA World Cup in Africa, this move had both social and economic significance. Brands ensure that companies stand out and are known for something. This in turn adds more zeros to their bottom line and ensures sustainable growth moving forward. They also help in positioning their country/continent of origin. Many Africans at home and in the Diaspora, have often lamented the misinformation peddled about the continent around the world. They often acknowledge that Africa has its challenges but find some of the following fairytale questions to be absurd:

Along with other major challenges, there is a mountain of perceptions that need to be addressed for more economic growth to occur across the continent. While some factors are beyond control of entrepreneurs, the ones that can be influenced should be dealt with. This can best be done by increasing the rate at which people access ICTs and by building more creations like Ushahidi. Who would have ever thought that an election calamity in Kenya would  lead to a platform that has helped save lives in disasters across the world.

From the Japanese earthquake to snow storms in Europe, Ushahidi has not only helped save lives but immensely contributed to building Brand Kenya and subsequently Brand Africa. Add that to the success of M-Pesa and a thriving mobile ecosystem and what you have is a country in which venture capital and skills are flowing in abundance. Many entrepreneurs moan and groan about what’s missing, the Kenyans went to work and built something amazing from nothing. It therefore comes as no surprise that Nokia has selected Nairobi as its R & D hub for Middle East, India and Africa.

If money is power and perception is everything, both established companies and start-ups need to pay greater attention to their branding. This begins by defining what they stand for and consistently communicating this across any touch points that interface with stakeholders. From the naming of products to brand identity and organisational culture, we must be more deliberate in cultivating home grown brands. This will lead to an indirect increase in jobs, commercial value and long term sustainability. Mark Shuttleworth’s Ubuntu, MTN, M-Pesa, Ushahidi and even a Zimbabwean startup called Tengesa.com capture this spirit. They all have more than a commercial thrust as they deliberately or coincidentally sell more than themselves…