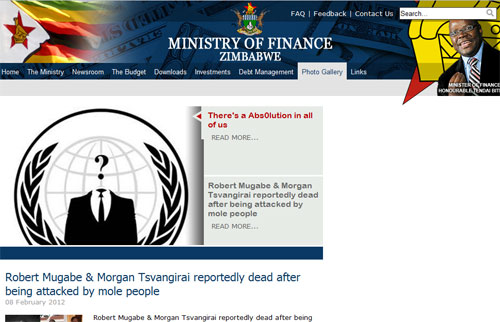 According to Consumerizim, a local consumer e-activism website, the Zimbabwe ministry of finance website www.zimtreasury.org was hacked yesterday. The website was apparently hacked by a group of hackers calling themselves Abs0lution. The site has since been taken down.

Here’s a screenshot Consumerizim took of the defaced website:

The site has been taken down and currently shows the following: 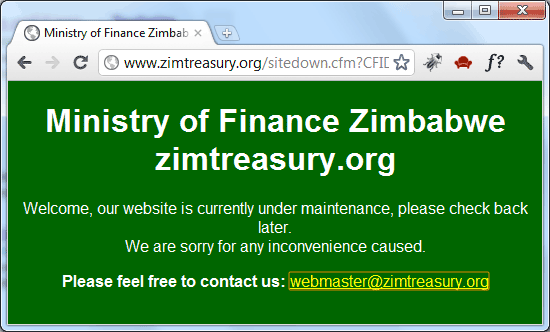 The finance ministry website (like all other government websites) is only used to publish (already public) reports and make announcements. It doesn’t have any actual connection to any of the ministry’s databases or data that’s not already public, so, save for embarrassment, such hacking has no impact on the ministry’s operations.

This is the second time the Finance ministry’s website has been hacked. As diplomatic cables from Wikileaks dominated the news in December 2010, a hackers group reportedly working in solidarity with Wikileaks defaced the website resulting in it being taken down for several weeks.

This is also the second high profile hacking of a government’s website in Africa this year. Just last month, more than 100 Kenyan government websites were hacked by an Indonesian hacker.