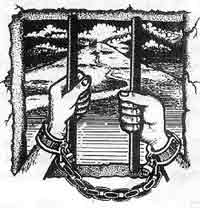 Zimbabwe clearly has an image problem. When we posted a note on Monday about the caning sentence for a Chiredzi boy who ‘slandered’ a local woman on Facebook, we sincerely thought two cane strokes was not a big deal. Really. For us the important thing was that someone had managed to get some kind of assistance from the law for having their image tarnished on Facebook.

International journos and bloggers had a different take it. The case was liked to human rights abuses.

Large US media company ABC News for example says in a story they posted on the case:

Caning is a common judicial punishment in Zimbabwe for boys under the age of 18.  It is also frequently used as a discipline method in schools.  The U.S. State Department’s 2010 Human Rights R0065port on Zimbabwe noted there were numerous reported cases of children suffering severe injuries from corporal punishment at school.

Another site, New York Daily news, has a picture of a man being caned in the story. Anyone that knows a bit about Zimbabwe knows the photo has little to do with the country.

A Houston news site, News92FM, repeated the same human rights abuses line by ABC News. All these articles are showing prominently in Google News searches for the story.

To be fair, some Zimbabwe news sites did much worse reporting on the matter, preferring to twist the facts and make the sentence look ridiculously severe. Take this article by Radio VOP for example that says the boy will spend the next two months in prison. It’s just blatantly incorrect and you wonder why they had to lie about it. The journalist chose to not even mention that a two months prison was wholly suspended on the condition that the boy receives the two cane strokes. Another internet news site NewsDzeZimbabwe just regurgitated the Radio VOP article.

Aren’t we our own enemies? No wonder they have all these horrible perceptions about us internationally.

What do you think? This is a human rights issue?