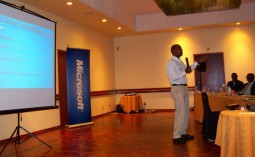 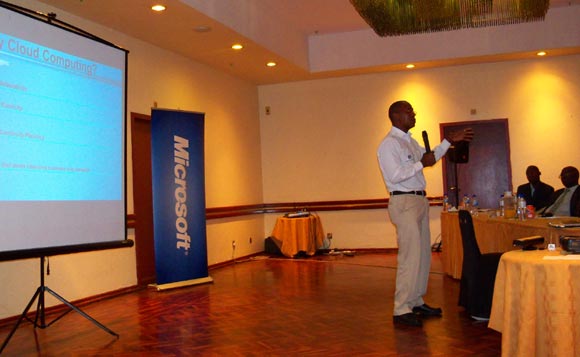 Microsoft held it’s much awaited Developer Day two days ago on at the Harare International Conference Centre. It was quite impressive how they catered for techies and non-techies who seemed to be the majority of the attendants. One of the strongest remarks made in the early moments of the event was “In Africa, the challenges we are facing are our biggest advantages”.

One of the challenges highlighted is the Big Data Problem that businesses and organizations are facing due to the rate of data creation at a pace never experienced before. The main platform that the Microsoft presenters talked about is the Microsoft Visual Studio 2010. Asking how many of the attendees had used the package, only about 10 to 15 hands were raised.

The presenters did extremely well taking the attendees through practical demonstrations of the developer tools they were showcasing. The attendees were walked through the process of creating a Windows Mobile application using the Windows Mobile SDK extension for Microsoft Visual Studio in a way so comprehensible that a non-developer present at one point referred to Microsoft Visual Studio programming as “development for non-developers”.

Microsoft Silverlight and XNA Game Studio were covered briefly. The Kinect and the Kinect for Windows SDK was covered in more depth. Microsoft Kinect is a motion sensing input device with incredible abilities, it was initially developed for Microsoft’s XBOX 360 gaming console to rival technologies such as Wii’s handheld remote by getting rid of the need for a remote entirely. The Kinect automatically recognises the movement of specific limb in the body. The device is not available locally through the official channels so it’s difficult to say how much it would retail for in Zimbabwe. In countries where it is available, it sells for only US $100. The Microsoft guy presenting the device and the SDK of course reminded us that the Kinect holds the record for the fastest selling consumer device in history.

Though originally sold to pair the Xbox 360, the Kinect has since been adapted for a wide range of applications in other areas like the medical field, military training, robotics, general computing (like controlling the browser using gestures) and even helping shoppers find the best-fitting jeans. You can learn more about it here.

After the Kinect, the presentation moved on to the Microsoft’s cloud offering, Azure, which was presented by a local developer and entrepreneur, Dr. Panashe Chiurunge. Azure is basically a platform as a service cloud platform for developers and organisations to build and host their applications on Microsoft’s could infrastructure and not worry about scalability issues as resources allocated are elastic and cope with the load. As with other such platforms (Amazon’s EC2 for example) Developers pay only for the resources actually being used by their applications. The platform boasts of corporations such as NYSE, DHL, Pixar and NASDAQ that use it.

An example given to demonstrate the power of information technology and the cloud was is the M-PESA mobile money transfer system where one small concept of subtracting a figure in one database table and adding it to another can have such a huge impact on a nation. M-PESA processes millions of transactions and was developed using Microsoft .NET technology and the SQL Server database technology.

During the event, Vincent Mugambi the main Microsoft presenter, carried out a quick poll of the technologies the attendees use to develop applications. Of the attendees (we’ll assume most were lazy to raise their hands when the presenter asked) only one had ever developed a full mobile application; one (myself) had done parallel and multi-threaded programming; and one had used Silverlight.

All in all it was a good initiative and made developers give Microsoft a second look as most are usually not running with the trend of Open Source development tools. Dr. Chiurunge took the opportutnity to notify developers that there’s a .NET developer meet up arranged to take place monthly where developers go for workshops and get to experiment hands on with Microsoft technologies such as the Kinect.

It’s now safe to say that the IT revolution is upon Africa, but it’s interesting that big corporations are seeing opportunity more than the Africans themselves. If exposure and knowledge were the hindrance, developers and technology entrepreneurs have no excuse now because they are increasingly becoming available through events such as these.