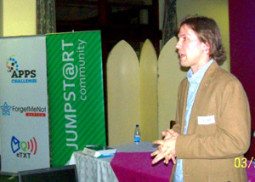 Last night, ForgetMeNot Africa launched the eTXT Apps Challenge in Harare at a JumpStart event attended by developers, tech entreprenuers  and journalists. While the highlight of the night was the launch of the challenge itself (read more about the challenge here) , we found the presentation by ForgetMeNot Software Founder and Director of Technology, John Carroll, quite inspiring.

Carroll’s presentation , titled “What does it take to cultivate a startup” talked about the issues that Startups need to think about and do to build successful tech companies. We’re hoping to upload (or link to) the full presentation once we get hold of it, so please check back. Here is the link.

A question that came from the audience (and there were some interesting ones) was why ForgetMeNot was launching the Apps competition in Zimbabwe and not other African countries. The FMNA team explained that their main investor, LonZim (now Cambria) invests mainly in Zimbabwe and that they see a lot of potential for some great apps from the developers in the counrty. As you may know, the Apps Challenge was first launched in Kenya where FMNA is working with iHub and Safaricom.

Other questions Carroll responded to were on avoiding common pitafalls in founding startups especially the process of finding co-founders and the much talked about going big bang or lean startup route. The FMNA founder explained that from his experience that the relationship between co-founders is like a marriage, where entreprenuers need to choose carefully, recognising their personal limitations and considering the different skills and roles co-founders will come in to play. Carroll also emphasised that on rasising funding entreprenuers can build their companies faster and succeed if they use other people’s money (investors and, in the initial stages friends and family) instead of trying to boostrap slowly.

On lean startups, Carroll explained that going lean and iterating on a product that’s already been launched is more effective especially in situations where the resources to build a big ‘full’ product (for the big band launch) may not be available. Startups in African and globally, because of resource limitations, are already building lean startups even though it may not be referred to as such, he explained.

Today (28 March) ForgetMeNot Africa is holding two workshops for developers, one in the morning at 8AM, and the other in the afternoon at 1300hrs. The venue is still the Harare Club. The FMNA tech team will also be available the whole day to help developers understand the eTXT API and how to develop for the platform.

Here are a few more photos we took at yesterday’s event. The rest are on the JumpStart Facebook Page. 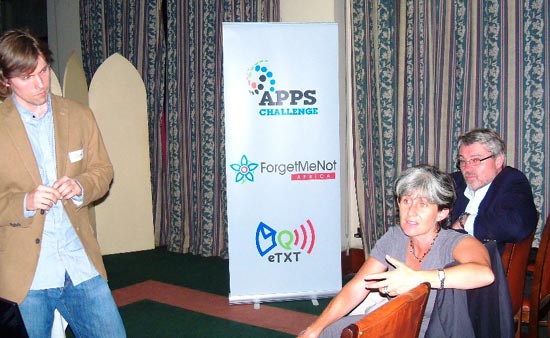 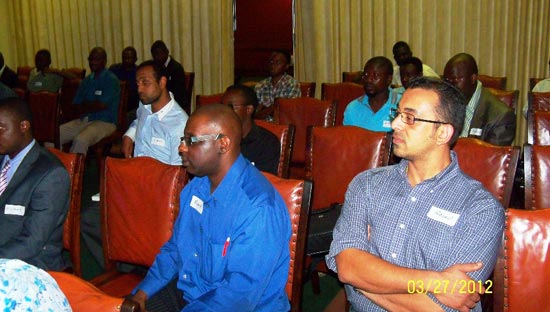 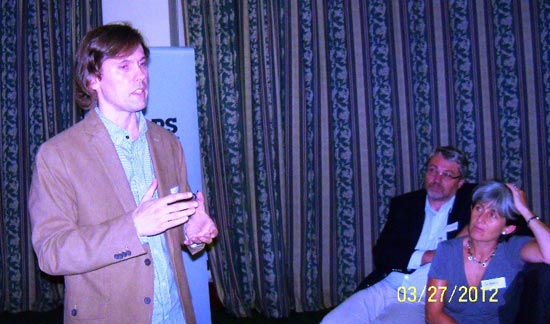 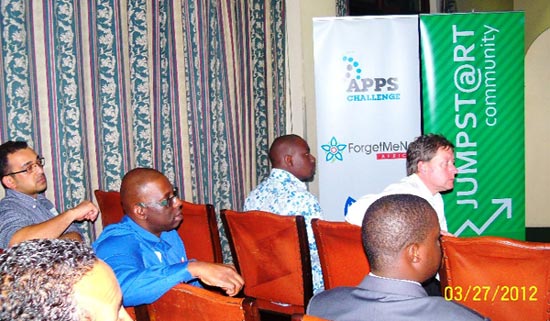