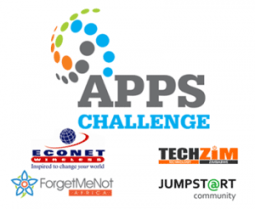 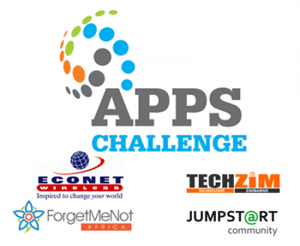 Last week we posted that ForgetMeNot Africa has opened up its eTXT platform to 3rd party developers and that the company launched an Apps Challenge in Kenya in partnership with iHub and Safaricom.

Well, there’s another announcement this week, more specific to Zimbabwe this time. In fact, if you’re subscribed to our daily newsletter or are a member of the JumpStart tech community, this is something you have in your mailbox already; ForgetMeNot Africa is launching the eTXT Apps Challenge in Zimbabwe.

You can find more details about the challenge here, which you can start participating in right away. We (TechZim) are partnering this challenge as a media partner. The actual challenge is organised and run by ForgetMeNot Africa itself. The JumpStart community as you may know is the community of developers, creatives, technologists and tech entrepreneurs in Zimbabwe. Econet Wireless Zimbabwe, the network that delivers the apps and interfaces with the users of eTXT is also playing an important role in the challenge as operator.

Here are some key dates to keep in mind to ensure you don’t miss anything in the challenge:

27 March – the launch event for the challenge
This will be a JumpStart Community event at which ForgetMeNot founder and Director of Technology, John Carroll (http://www.zdnet.com/blog/carroll) will be discussing, ‘Creating a start-up culture’ and giving a brief overview of the ForgetMeNot Optimiser Platform API and the Apps Challenge. If you are in Harare why not attend this fascinating event.

This is a great opportunity to meet the ForgetMeNot Africa founder, and learn more about the challenge. You need to make a booking for the event here. Attendance is free of charge of course but you’ll need to be a JumpStart community member.

28 March – Workshops with FMNA technical personnel
There will be presentations on the API by Caroll at 08:00 and 13:00. As a developer, this will give you an introduction to the API and allow you to touch base with the people who have developed it to help you formulate and finalize your plans. John and members of the ForgetMeNot team will also be available all day for one on one discussions with prospective developers.

Again you need to make a booking here.

20 April – Ideas Deadline
The deadline to submit your ideas and code online to be considered for the TestDrive is Friday the 20th of April. After this date ideas can still be submitted but you will not be eligible for the prizes. Any apps submitted after the deadline may still be launched earning revenue for developers on an on-going basis.

TestDrive Final: 19th May, Harare Club
The Apps Challenge Test Drive Final will be held Harare over the weekend beginning 19th May where winning teams and individuals can work and polish their ideas with mentors from ForgetMeNot Africa. Each team will present their final idea, business case and code to the judging panel and the winner will be announced. Although only one main winner, all other approved apps may be published so taking part really could be as good as winning!