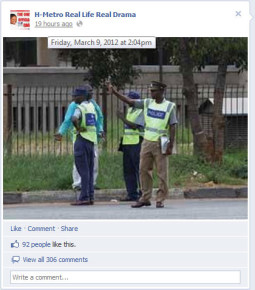 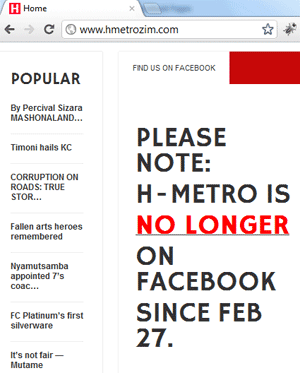 This social media thing didn’t work for H-Metro. Last month, we reported that H-Metro, an extremely popular tabloid in Harare, was faced with the difficult problem of dealing with a more popular impostor. On Facebook that is. The fake H-Metro Facebook page had 11,379 fans then while the real one was struggling for attention, only managing 3,854 likes, well less than half their impostor enemy.

Then, we suggested the best way to solve the issue was to just ask (nicely) that the impostors hand over the page to Zimpapers (the publishing company that owns the tabloid), or to just pay the impostors a consultancy fee to run the page for H-Metro officially, with some Zimpapers guidelines of course on where the ethics lines are in this media industry so Zimpapers doesn’t end up fighting court battles with the naughty lot & celebrities in Harare.

Giving up and joining the enemy camp is the oldest and most assured way known to ‘survive’ when chances to beat your enemy are slim.

The H-Metro has chosen a route we all didn’t expect them to,  just quitting altogether. An Announcement on the H-Metro homepage says “Please note: H-Metro is no longer no Facebook since Feb 27”.

It’s easier but from where we stand the totally wrong answer to the problem. If anything it’ll make the one H-Metro Facebook page there is now, the fake one, more legitimate. Facebook is massively popular in Africa and more so in Zimbabwe. Even a Google exec visiting Zimbabwe last week acknowledged this. Quitting the platform is clearly not the right answer.

The strange thing is that the fake page is updated regularly. The last update for example was made yesterday at around 2PM, and the post racked in over 300 comments from the now 22,278 strong fan base. It looks so organised you almost believe there is some legitimate team behind all this. Or indeed, it may be a clever way for the company to deal with legal issues that may come from the controversial issues it covers. Who knows!

Did H-Metro make a wise decision taking the tabloid off Facebook? What do you think H-Metro should have done here? 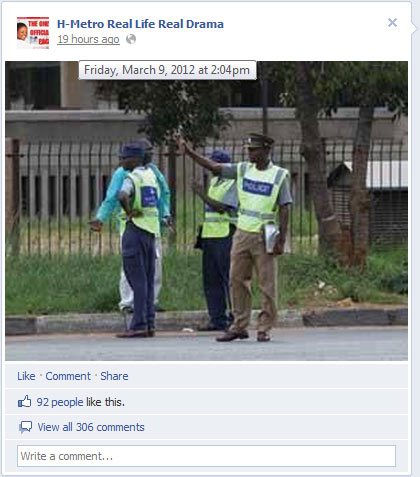 5 thoughts on “If you can’t beat them, just quit: H-Metro is off Facebook”