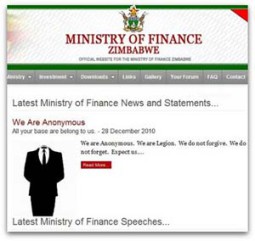 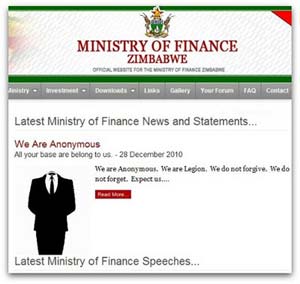 News organisations and blogs globally are reporting that the hacker responsible for leading attacks on the Zimbabwe government’s (and other countries as well) websites following the Wikileaks stir in December 2010, Sabu (real Hector Xavier Monsegur), was turned into FBI informant when he was arrested in August last and has helped the US government penetrate the Anonymous hacker group.

Monsegur was reportedly arrested in August after FBIO successfully traced his online chat activity to his home. He successfully struck a deal with the FBI to snitch other hackers after he was threatened with 124 years in prison. Unbeknownst to his Anonymous colleagues, Monsegur helped the FBI break into the group, leading to the arrest of 5 top members of the anonymous hacker group this week.

The 28-year old Lulzsec (a group that is part of Anonymous) leader pleaded guilty to hacking several websites belonging to the government websites in Algeria, Yemen and Zimbabwe amoung other countries. Monsegur also masterminded the attack on the US Senate website.

The hacker group attacked the Zimbabwe government’s websites in retaliation to what they termed an attack on Zimbabwe’s press freedom.

You can read more about the story on ars technica and Sabu’s Wikipedia entry.