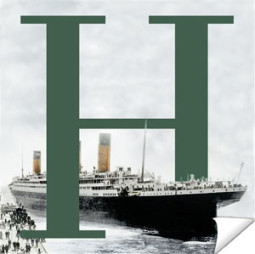 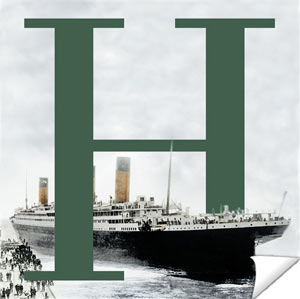 Ever wondered how it’d be having the experiences of the passengers and crew of the Titanic recounted to you as it happened. The experiences told in ‘real-time’ as they happened? Impossible right? Well, not quite. If you have been able to follow in real-time what your friends and favourite celebrities are up to via their Twitter updates, you’ll find this no different, except you’re following a story that happened a hundred years ago unfold on Twitter as it would have today.

This year as the world commemorates the century anniversary of the sinking of the Titanic the History Press created a Twitter account that relives the journey accurately in real-time. The account, created on March 10, tweets first-person perspectives of the captain, crew, passengers and engineers as it were a hundred years ago to the day. All the events from the maiden preparation up to its tragic sinking on 15 April are tweeted with pictures where necessary to give a real time feel.

Followers of the regularly updated Twitter account will learn of the ship’s construction, facilities on-board, weather conditions and any accounted information of the tragic voyage. The Twitter handle is @TitanicRealTIme. On 15 April 1912 the Titanic, then the largest passenger ship in the world and considered to be unsinkable hit an iceberg and about 1,500 lives were lost. The tragedy shook popular consciousness like no other, as the shock that Titanic’s famous safety measures had failed on her maiden voyage was compounded by grief for those perishing in the freezing waters of the North Atlantic.

The TitanicRealTime is not the first to offer a real-time Twitter coverage of history; Oxford history graduate Alwyn Collinson created the RealTimeWWII Twitter account last year which is accounting the World War II a tweet at a time and is still very active (6 years is the planned duration). It is a very powerful and emotional way to teach and commemorate. A recent tweet reads

#firstclass I have been telling all my friends about it, they are so jealous! In a little over 10 days we will be on board Titanic!

Little did the passenger know.

As Africa we should also adopt similarly interesting ways to teach history to the younger generations who are usually disinclined towards the subject. In other parts of the world computer games have also become a profitable way to teach history with the leading titles usually about wars. It is so profitable that annually the gaming industry rakes in more than the film industry.

South Africa in collaboration with Google has made a step towards beautifying history by creating an online archive for Nelson Mandela, which documents his journey from his early childhood days up to drafts of the sequel to the icon’s autobiography.

One thought on “Re-live the Titanic’s story on Twitter”