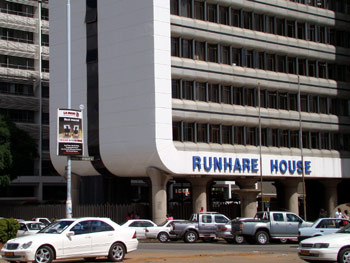 TelOne Acting MD, Lawrence Nkala, revealed in an article posted by the Sunday News this week that TelOne has expanded ADSL services to more cities and towns successfully. The new locations that now have ADSL internet are Mutare, Marondera and Gweru. This is addition to Harare and Bulawayo, the capital city and second largest respectively, that have had ADSL since last year. TelOne is also reportedly working to introduce the internet service in Norton, Chegutu, Kadoma, Kwekwe and Victoria Falls.

The sole fixed line operator started offering ADSL broadband internet services commercially to consumers in 2011 after suspending wholesale ADSL to Internet providers, essentially locking them out of the ADSL market. The government operator subsequently offered the lowest priced internet service in the country, starting at US $30 a month for 10 Gigabyte data at a download speed of 256 Kbps.

Limited infrastructure has however made rollout of the broadband internet service very slow. In December last year, the Zimbabwe telecoms regulatory authority, POTRAZ, revealed that TelOne active landlines had decreased by tens of thousands in just two years to 337,881, a result of infrastructure capacity issues as well as disconnections of overdue accounts carried over from the Zimbabwe dollar hyperinflation era. Several months after launch, TelOne had just connected 2,600 ADSL customers by December 2011.

13 thoughts on “TelOne rolls out ADSL Internet in Mutare, Marondera and Gweru”