After I wrote my last article 5 Startup Lessons from Facebook IPO, I realised that in as much as there where some valuable lessons from the story of Facebook of which I had touched on just a few, there remain lots of gaps about the value of the model with regard to building a technology start-up in Zimbabwe. Our local environment presents tech entrepreneurs with the kind of challenges that our counterparts in Silicon Valley, Silicon Alley, Silicon Wadi or Silicon whatever would find hard to even imagine (for one just think of ZESA).

Our constraints are well known from the scarcity of quality coding skills, Internet infrastructure and access issues, public policy and in some instances restrictive regulation to economic conditions marked by low consumer disposable income.

Just like in the natural world adaptation and natural selection are key. If you lift the Silicon Valley model wholesale and expect to get the same results here then you are suffering from a serious case of delusion. The extreme variation of our environment from what exists elsewhere tempts me to dub our model the anti-Silicon Valley start-up. But maybe that’s too negative and a more appropriate title would be the Extreme Bootstrap Model!

Forget about venture capital. Engineer your start-up in such a manner that you will require as little external investment as possible. The ideal obviously is no external investment. The scarcity of angels and venture capitalists with not just cash but a good understating of the technology business means by default this is the best course of action. Venture capitalists at some point look to ‘exit’ your business to realise value. Given that these exits are primarily through acquisition by other players or a listing on the stock exchange there is little incentive to invest in technology start-ups because there are few successful precedents for these types of exits here.

To illustrate this point South Africa’s Alternative Exchange (ALT X) which offers easier listing requirements than the main board of the JSE, since inception in June 2003 has not had a single IT related IPO a fact that was confirmed by an official from the JSE Alt X Equity Division.

This bleak outlook is compounded by the absence of an indigenous capitalist class that entrepreneurs can tap into for angel funding and those that fit the bill as angels usually don’t understand the software and new media products that you may be peddling. If you talk to enough potential funders you realise that possibly the only manner you can get funding is somehow to incorporate a social benefit component that donors or philanthropists can relate to and therefore would be willing to fund. This path though does not offer much satisfaction to any true entrepreneur.

As scarce as VC’s are here’s a list of some companies that can provide you with assistance or at the very least an ear to listen to your pitch:

Although these funding sources can be worth giving a go, it’s not advisable for your business plan to depend on their backing. At best in the Zimbabwean space external funding should accelerate your business rather than be an indispensable component to get your business of the ground.

Technology start-ups have very specialised legal requirements particularly with regards to intellectual property. In this regard the serious technology entrepreneur should make every effort to arm themselves with the right legal team.

An example of a law firm that has made an attempt to accommodate the special requirements of start-ups is BMatanga IP Attorneys. A good lawyer not only ensures that your IP is protected but they also make sure you negotiate a deal with any external investor.

As a practical example for this article I’ve used the development of a mobile app. I’ve selected this type of app for no specific reason other than that for a continent where the mobile phone is the most ubiquitous computing device it’s logical to develop for a platform that has a viable population of users. The logic of the article can however be taken to apply to other applications, platforms and technology based services and you can mashup the parts as appropriate.

Another reason is that mobile provides the best picture of what is possible if developers line their ducks in a row. This can be drawn from casting a glance at the tech scene in Kenya. Sarah Lacy a former Techcrunch writer noted at Cape Town’s Net Prophet conference in 2010 how several speakers made a compelling case for why Kenya– not South Africa–was the up-and-coming African tech hot spot to watch.

Indeed Nairobi is an emerging mobile technology hub because computer science, IT and engineering students at the University of Nairobi, Strathmore University and the Jomo Kenyatta University of Agriculture and Technology (JKUA) are actively researching and developing apps for the mobile phone, as demonstrated by the Google East Africa Gadget competition. Also the Massachusetts Institute of Technology (MIT) offers the Entrepreneurial Programming and Research on Mobiles (EPROM) program that teaches mobile phone programming in 12 African universities including these universities.

EPROM offers tutorials for Python and Java and just as an aside if you have tried your hand at C/C++ you will appreciate the simplicity of Python.

The greatest value, in my opinion about mobile apps is that you can deliver them straight to the consumer for testing and use. Depending on what platform you are developing for there is a host of app stores to choose from, namely: Amazon Appstore for Android, Google Android Market (under the Google Play banner), Apple App Store for iPhone and IPad, Apple Mac App Store, Blackberry App World, GetJar (android), Nokia Ovi Store, Windows Phone 7 Marketplace, MTN App Store (still to launched).

Monetisation of apps though is not just a matter of the percentage that the app stores takes but also how much consumers are willing to pay. Over the last few years several studies show that Apple developers are consistently the most profitable even though the Android platform is king in marketshare. But whatever platform you develop for riches will not be instant.

A criticism I have heard levelled against developing for Android, Apple, Blackberry etc is that in the African marketplace the penetration of smartphones has not reached critical therefore you cannot expect to make a decent income from it. There are two side to this. Yes it’s a valid point in that if you developing for the African user (who is by and large neglected) you are more likely to have success with an SMS or USSD application. On the other hand as the story of Wilfred Mworia shows you can still develop say for iPhone, it’s a global marketplace afterall and your customers don’t necessarily have to be in Africa. My take though is to focus on the African market because it’s not as congested as the global and smartphone market. The chances of your app standing out are much slimmer in the global marketplace simply because of the sheer volume of developers and apps there.

Get jamming in the sandbox

With the impending Forgetmenot Apps Challenge now is not a bad time to polish that apps business. The Kenyan hackathon Kipokezi app challenge was organised with the intention of spurring the growth of mobile apps users without data enabled phones to access Internet services, through the Kipokezi platform. These users typically rely on SMS or USSD exchange. The winner of the challenge Nick Hargreaves scooped $2,000, an iPad and a chance to have the app hosted by Safaricom, Kenya’s leading mobile phone network operator.

The Zimbabwean apps challenge provides a great opportunity for Zimbabwean developers to not only showcase their products but also to get the ear of Econet who are partners to the event. This is important because mobile operators in Zimbabwe are inundated by wide eyed, excited developers/entrepreneurs pitching the latest game changing app/ service or value added service (VAS). The reality for various reasons however is that persuading a mobile operator to partner with you is an incredibly tough sell. One of the reasons is that most developers/entrepreneurs have no prototype at all. They have an idea or concept. To the mobile operator your idea is of no value because they mobbed by individuals selling them ideas. They are more likely to listen to you if you have a prototype.

Another reason for their lack of response is the revenue potential your VAS will provide them with. If your product promises to add another $200K a year to their revenue, that maybe a lot to you but a pittance next to their millions. So think at scale, your product has to have the potential to make millions for it to be worth the operators’ time.

So once the setup costs have been sorted our virtual start-up needs to make $2,000 a month to achieve ramen profitability.  Achieving that is key as it provides a good stable base to build a company for the long term. Most start-ups in Zimbabwe unfortunately are stuck at this stage. They are struggling to survive on a month to month basis and this ultimately compromises the quality of the product or service they are delivering. Inevitably it’s at this stage most entrepreneurs abandon their dream.

If you do hit the jackpot and manage to sell your business (if that’s what you want) the promised marriage made in heaven may not materialise. A local example is the how web development firm Venekera Works Technologies (a firm which I was involved as a founder) was acquired by Celsys (a Lonrho company) in 2007. The marriage ended in tears as promised synergies did not materialise and visions conflicted. The cultural fit for entrepreneurs is difficult when they migrate from a seat of the pants/ work in my pyjamas environment into larger more bureaucratic organisations, where decisions are made by committee and layers of management.

On the other hand Forgetmenot’s acquisition by Lonrho seems to have given them the resources they need to scale their product.

Another ravenous acquirer of African technology and Internet companies is SA based media giant Naspers. They have bought companies such as Zoopy (an SA version of youtube) and famously MXit (Naspers bought 30% of the South African business and 50% of the international business). Naspers has since divested from MXit which despite Vinny Lingham’s predictions of becoming a billion dollar company is yet to achieve that reality. This is not to knock down the company as I think it has a fantastic product and great potential potential to realise that goal.

As with Facebook (and a whole train of technology companies before it) the ultimate exit is an IPO (better still is if it’s a blockbuster IPO). As mentioned before listing is almost a pipe dream simply because there is a dearth of exchanges with sufficiently accommodating listing requirements. To build thriving technology companies you need a whole ecosystem of skilled people, venture capital, lawyers, researchers and academics and good public policy. The US has been successful at building such a thriving ecosystem because of stock options which allow cash strapped start-ups to compensate their employees and advisors with the promise of a big pay day. Therefore the absence of well developed and efficient capital markets is a serious hindrance to building a flourishing technology sector.

So if your heart is set on getting into the technology game you have to be looking at building value over the long term rather than looking at getting rich in a hurry. Despite some notable differences our situation is more similar to the valley at its inception when companies like HP listed after 20 years of operation. In the context of the hive of activity in Kenya, it can also be worthwhile to relocate there or at least to visit the place there are some major lessons to be learnt there. Happy extreme bootstrapping!! 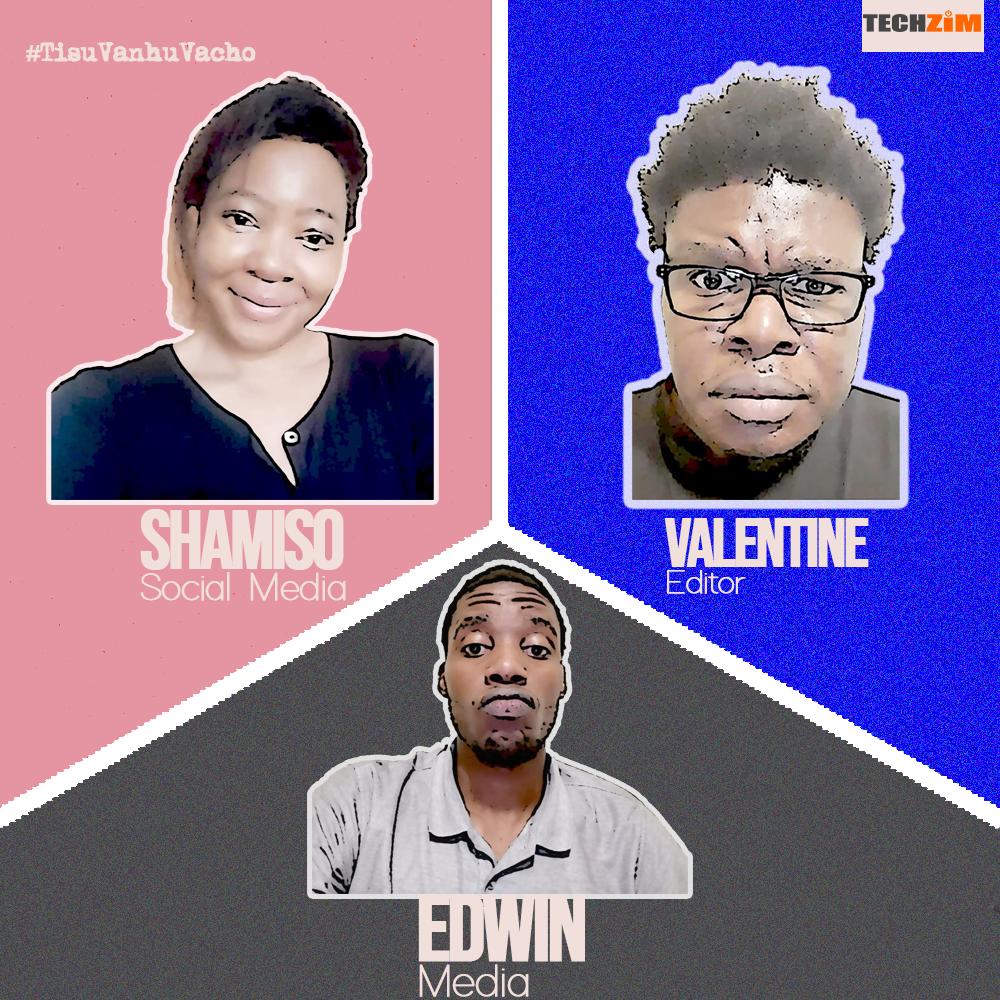