VictoryTxt: an sms platform to help you save 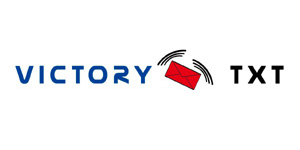 In a pioneering effort to promote a culture of saving, wealth creation and empowerment among Zimbabweans a local company has created the Victory Savings Club. The club which has been running in beta mode for about a year formally adopted a constitution and was launched on the 18th of May 2012. What is interesting about the club is how they innovatively incorporated the use of mobile technology.

The club’s business development officer Shingie Ndiya says they realised that using mobile phones is a powerful and effective way to achieve their goal of promoting financial discipline among members. The club decided to develop its platform after realising that there are challenges around obtaining a short code in Zimbabwe.

Ndiya noted that the sms web server was developed using VBscript and an Access database and an international based web server for redundancy. To ensure maximum uptime the club has an individual whose duties include administering the system.

Ndiya says the idea behind VictoryTxT is to inspire and urge members to diligently pursue their goals.

To access the services of the Savings Club a member has to be paid up VictoryTxT member and this means paying a monthly $5 subscription fee.

With a goal of achieving a member base of 10,000 in the short to medium term the club’s other business objectives of the club include:

The notable features of the platform include:

Sends an sms at a specific time each day. These are action packed, motivational messages designed to inspire members to act

Other than promoting disciplined saving amongst member benefits also include a borrowing facility of up to $2,000 without security and amounts above this require security. Each member contributes $100 per month.

Surely in a country with high levels of financial exclusion as noted in recent Finmark Study this is an innovative leveraging mobile phone technology.