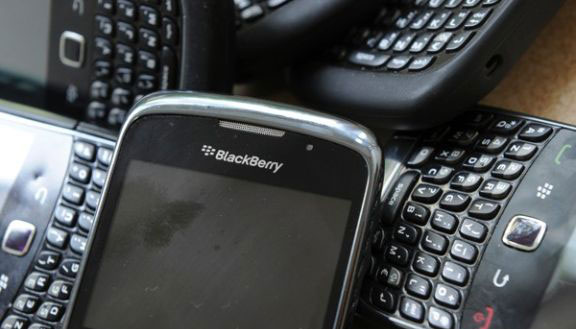 I remember when I first heard about BlackBerry back around 2005. It was through the prestigious “sent from my BlackBerry” signature at the bottom of an email response I got from a contact in the UK. It was a short response to my rather long email; something to just let me know he had seen the email and would attend to it once he got to his office. I immediately fell in love with it and spent the better part of the following few days researching on the technology.

I was to learn shortly that in addition to it being a device, BlackBerry was a whole experience. A full communications service. But without a means to access the any of it, BlackBerry became a much coveted but out of reach cool technology I and every techie I knew wished for.

That was before the iPhone happened in 2007. And shortly afterwards, Android in 2008. Almost every tech friend I knew gradually stopped wishing they had a BlackBerry, and planted their flag in a new camp. Indeed it wasn’t long before we saw jail-broken iPhones in Zimbabwe.

Our new found interest in these more consumer oriented smartphones didn’t of course mean BlackBerry was any less important. It was still the prestigious mobile gadget of choice we recommended to executives. Next door in South Africa the BlackBerry brand was on the rise though, surprisingly, it was more the young people than business executives being associated with BlackBerry.

Friends and family who left Zimbabwe for greener pastures in South Africa preached and outright boasted (remember Blackberry literally out of reach here) about the service’s benefits. For as little as R60 (our US $7 here) they were getting unlimited internet on their BlackBerry devices. The subscription also came with a free messaging service called BlackBerry Messenger (BBM) which allows subscribers to send each other messages.  And what’s more, they got the BlackBerries subsidised by the mobile operators on contract. They loved it. Who wouldn’t?

Needless to say, friends and relatives here fell in love with BlackBerry too. And soon enough, they started demanding the service from the local mobile operators. “You Econet and Telecel guys are so backward”, they complained, “Why can’t we have Blackberry here too?”

Then one of BlackBerry’s biggest problems emerged; a messaging tool called WhatsApp which, once only available on high end smartphones, became available on low cost Nokia devices, effectively doing away with the BBM edge Blackberry enjoyed.  There’s KakaoTalk too now vying or that same space.

And as if this situation is not bad enough or BlackBerry, there’s has always been talk that mobile operators don’t make much from BlackBerry services, but that it just helps keep the churn rate low so they have to have it.

In terms of performance, Research in Motion reported a $125m loss, in their fiscal fourth quarter results announced in March this year. A few weeks before that announcement, reports confirmed that RIM had lost market share to Apple in its home market.

Now, despite this gloomy state of things and BlackBerry now seemingly living on borrowed time, we have a market waiting eagerly for the telecoms regulator to let mobile operators launch the service in Zimbabwe.

What will be the significance of POTRAZ giving the green light? Does it even matter anymore? Will the executives consider replacing the prestigious apple devices in their hands with a device that certainly doesn’t carry as much prestige today as it did 10 years ago? Will the trend-chasing young users flock to the brand?

Are the mobile operators even keen to have BlackBerry services, or is it that as long as their competition is also locked out from implementing, they are happy with the status quo? Will operators that are not used to subsidising handsets on contract find it feasible to subsidize the devices so their young subscribers can access them?

22 thoughts on “Why are Zimbabweans holding their breath for BlackBerry?”