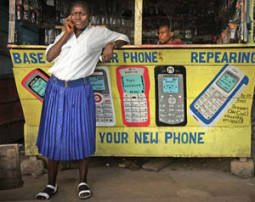 We recently caught up with Geoff Goss a VC with Matamba Anonaka about whether he was still pursuing his initiative to establish an MVNO (Mobile virtual Network operator) in Zimbabwe. Goss a serial entrepreneur in the IT industry has been involved with Compaq Zimbabwe, Sophos and Celsys is clearly eying his next opportunity to establish Zimbabwe’s fourth cellular network. An MVNO uses leased network capacity from a Mobile Network  Operator (MNO) to launch a new mobile branded service. The MVNO has full control over the SIM card, branding, marketing, billing, and customer care operations. 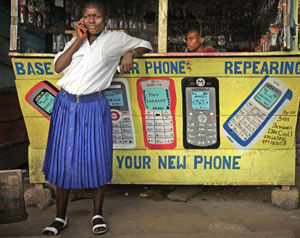 “Hello Geoff, when are you launching the MVNO?…Hurry up please!”

According to a report in June’s issue of The Africa Report Goss believes that the Zimbabwean market is ripe for a mobile virtual network operator because of the presence and effects of a single dominant player (as shown by statistics released by PORTRAZ or those released by Telecel). However according to Goss we are not going to see the arrival of his network any time soon as the network operators are rather distracted with various issues curtailing their ability to fully commit to an MVNO initiative. Econet being the largest player have little incentive to find an MVNO partner and also they are busy with their own extensive capital projects, NetOne is consumed with the government’s drive to find a buyer for it’s shareholding with Bharti and MTN having been unsuccessfully courted  (an ironic move in a country that is indigenising) and Telecel went through wholesale management changes at the end of 2011.

Arguing the need for a fourth operator Goss cites that the leading network is so far ahead of the two other players that for them to significantly close the gap in terms of market share they would have to invest hundreds of millions of dollars, something that they would not necessarily be able to do nor would it be desirable anyway as there is no assurance of success. A viable route to increase revenue for them and to make the market more competitive therefore would be to partner with an MVNO. Although Goss declined to name the networks he has had discussions with The Africa Report notes that he was in negotiations with Telecel about setting up the MVNO. Given the uncertain future of NetOne’s ownership Telecel seem to be the logical network to partner with. Goss also declined to identify his partners or investors in the fourth network project. Although the project is still in stealth mode Goss insists that discussions with the networks will continue.

The entry of an MVNO offers a lot of potential market dynamics as they can introduce new and exciting segmentation and value. As Goss indicated the virtual network can segment the market by gender, age, income status and in the case of Zimbabwe even the diaspora component. Each of these market segments have unique needs that may not be adequately met by the existing operators and an MVNO can taylor make it’s product to appeal to that market segment.

In Cameroon SET Mobile an MVNO named after Cameroonian football star Samuel E’to (hence the network named after the players initials) targets the youth demographic with a fun and accessible brand and marketing message. The company which leases capacity from Orange Cameroon offers low prices and a range of low cost handsets which are ideal for it’s market. Informa Telecoms a telecoms consultancy and research firm noted that Eto’o’s brand is Africa’s fifth MVNO network.

Probably the most prominent global MVNO operator is Richard Branson with the Virgin Mobile brand.The MVNO model is a typical Branson play that maximises his flair for marketing and jazzing up staid industries with minimal capital investment. Virgin mobile started operations in the South African market in 2007 making it the fourth cellular network provider. According to research firm Analytix in 2008 Virgin mobile had captured 0.5% of the market behind the other operators who had the following market positions: Vodacom 48%, MTN 43%, Cell C 9%. Virgin leases capacity from Cell C. Over the longer term Virgin Mobile is likely to make greater inroad as demonstrated by the growth in the UK where it has achieved 4.3 million subscribers since its launch in 1999.

The great thing about an MVNO is that it retains the veiled threat of becoming a fully fledged operator in it’s own right. In more developed markets some leading providers are deploying their own Mobile Switching Centers (MSC) and even Service Control Points (SCP). The ultimate transition to a fully fledged mobile operator would however, require licensing and this may be a hurdle too far in the local market.

With only five MVNO’s operating on the continent there seems to be some mistrust by the MNO’s that the virtual upstarts will eat into their subscriber base. But in any market there are unserved pockets that an MVNO would be better positioned to reach. This mistrust though is misplaced because research shows that MVNOs, particularly in the US, have failed when they have targeted similar areas of the market to that of the host operator and success is built on a strategy that is complimentary to potential network host.

Given this state of affairs it may need the intervention of the regulator(s) to push for the establishment of MVNO operators, as it’s in the national interest to have telecom services accessible to all citizens as well as to ensure robust competition in the sector for the benefit of subscribers.

11 thoughts on “Is Zim ready for a 4th mobile network?”