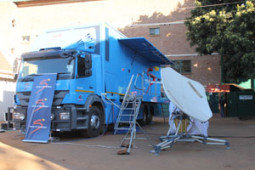 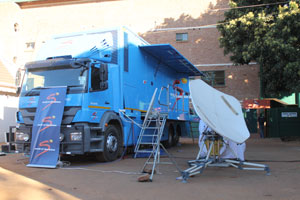 Zimbabwe’s cricket match against Bangladesh (17 June 2012) was a happy occasion not only because the hosts won by 11 runs, but it also marked a significant broadcasting milestone as it was the first time Supersport Africa deployed their new state of the art High Definition Outside Broadcast (HD OB) Van in Zimbabwe. Supersport has for some time been using the vans in it’s South African broadcasts but this marks the first time the satellite broadcaster has used the technology outside Mzansi.

Trevor Tachiona, Supersport International’s Broadcast Engineer indicated that some HD OB vans have been deployed in Nigeria on a test basis but are yet to do a full live broadcast. Techzim took a tour of the new HD OB van and I can say the technology inside is impressive.

The van supports 13 camera’s on the field with a 9 camera men. Each Camera man focuses on a specific aspect of the game, so for example there is a camera for each batman on either side of the wicket, a camera for picking each shot and following the ball, a camera for running between the wickets etc. Camera’s can also be controlled by robotic arms in the OB van and this control extends to the quality of picture coming through each feed. So the director can control the brightness, contrast or magnitude of a specific colour.

The sound operation is equally impressive and mikes are dotted around the field with two wireless stump mikes that pick up the action around the wicket.

Power for the Van is provided by an onsite 60KVA generator

Tachiona who previously worked for ZBC (Zimbabwe Broadcasting Corp) indicated that setting up all the equipment, camera’s, mikes, cables etc took about 3 days, and running the whole production required a total staff of 35 including commentators. It was great to find out that 90% of the staff were Zimbabweans.

The directors section – the hub of operations 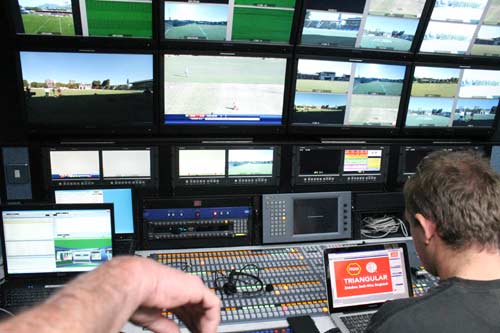 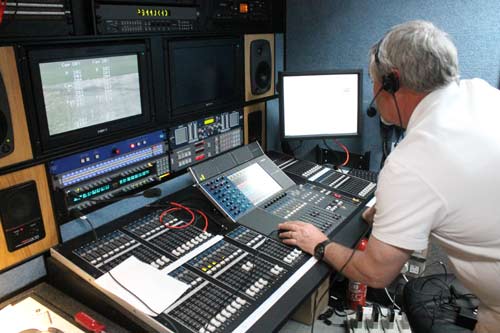 The outside of the van 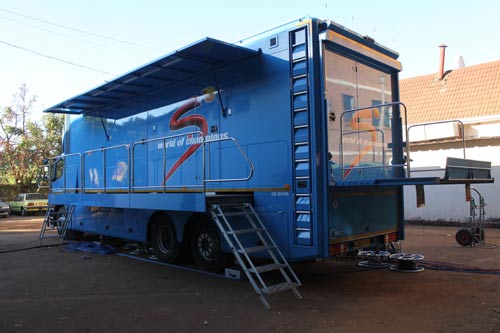 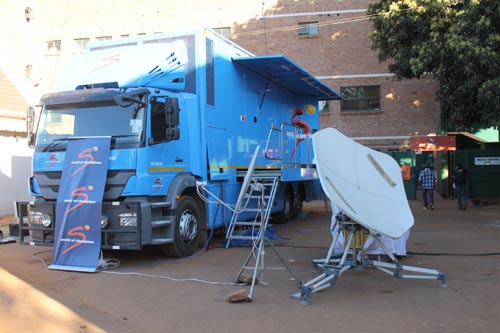 5 thoughts on “Supersport does 1st HD Broadcast in Zim”