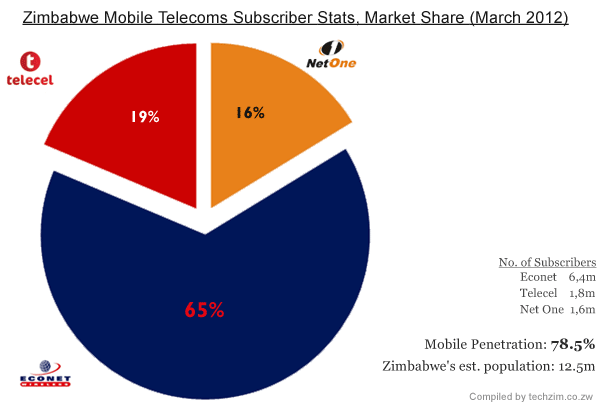 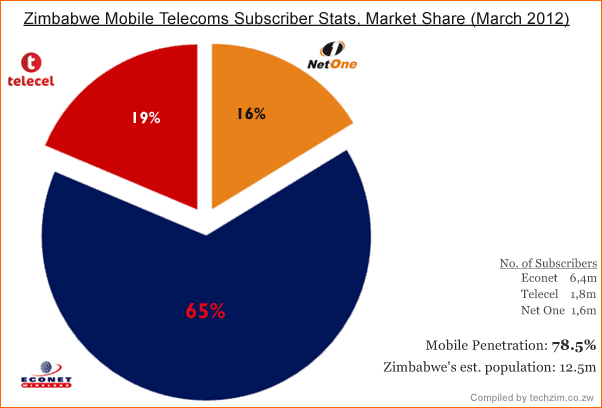 A little under two weeks ago, we published the mobile subscriber statistics we got from the Postal and Telecommunications Regulatory Authority of Zimbabwe (POTRAZ). The stats showed that Zimbabwe’s mobile penetration rate (a percentage measure of active mobile phone subscriptions out of the country’s total population) had risen to 75.9% from just 72% in December 2011. The most significant jump in subscribers was registered by the largest telecoms firm locally, Econet, which added some 714,000 mobile subscribers in that short period.

And there was another significant (and worrying) change. According to the stats, Telecel, in December the second largest mobile network operator by number of subscribers, had lost some 375,000, losing that second spot to state owned mobile network operator, NetOne. But as you know, Telecel eventually communicated to us, and later to the whole country, that POTRAZ stats were incorrect. According to Telecel, the subscribers had actually grown by about 300,000 since December.

The chart at the top shows how that number is shared amongst the 3 top mobile network operators in the country. That rate represents a 6.51% jump since December 2011. Impressive. As usual, it’ll be interesting finding out how many of those active SIM cards are owned by unique individuals.

It would also be interesting to find out how many individuals that do not own a mobile phone line, have convenient access to one through a family member, relative or friend.