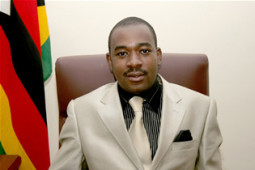 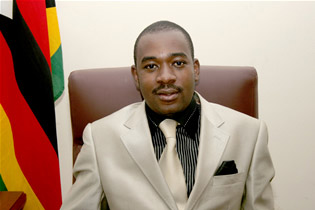 It is noble that the Ministry of Information and Communication Technology (MICT) is drafting a national ICT policy document. But what will this policy achieve? Government policy documents run the same risk as corporate strategy documents. Management invests a lot of time and money into the process of consultation, drafting and formulation including creative offsite sessions, only to see the glossy reports produced from this effort tucked away in some obscure basement only to be dusted off when the next strategy formulation process gets under way.

Additionally government policy is subject to the whims of the electoral cycle and the politics of the day, a fact which is even more pertinent in Zimbabwe’s current GPA dispensation.

I believe a guiding principle for the Ministry in this process should be the creation of an Information Society as a means of creating sustained national competitive advantage and economic prosperity. By this I mean that our economy’s productive base should largely be derived from knowledge work rather than from extractive industries whose resources are finite and where it’s difficult to obtain sustainable competitive advantage. If a country has better programmers or teachers it’s easier to derive a sustained economic advantage than if it has more platinum reserves because platinum reserves are finite and Zimbabwean platinum is qualitatively the same as South African or Russian platinum. I’m also cognisant that MICT is more of a facilitative ministry rather than an operational one and would need to work closely with other ministries to make these proposals bear fruit.

The Ministry should push for an open data initiative that encompasses all government ministries and departments. For consumers of government information and services this will improve access to government information. For the service provider it represents a more efficient and effective method of delivering a huge chunk of routine information. Other benefits should include the contracting of local IT companies and service providers to assist the ministry in implementation. Solutions can be derived from the FOSS community where numerous enterprise solutions such as LAMP, Hadoop, WIMPY Cores etc are available. The Ministry can then encourage software developers to make apps for the data now available much like the United Nations and World Bank (the World Bank has referred to itself as the Data Bank) and progressive governments such as in Kenya have done. The net effect of this initiative is to democratise and devolve government information and services and at the same time investing and generating jobs in the local IT industry.

Firstly, every Zimbabwean should have Internet access, minimally in the form of a handset with a minimum data bundle per month. The government would commit to ensuring that every citizen has access to a mobile phone handset and Internet access in the following form:

The amount of data is more illustrative and suggestive rather than indicative of what is necessary per month. Access by mobile phone is indicative of accepting the reality on the ground. The government can achieve this by directing the Postal and Telecommunications Regulatory Authority of Zimbabwe (POTRAZ) which operates the Universal Service Fund (USF) and according to their website collects “2% of annual revenue levied on all licensed operators” If you do the math they are collecting serious revenue.

The purposes of the fund amongst others is given as:

Using the 2% figure, Econet alone for its last financial year would have contributed $12.2M of annual revenues of $611 million. Econet in its half year unaudited results for August 2011 (PDF) noted that “The Group paid over $43,6 million in corporate taxes, levies and other statutory payments to Government and its ancillary bodies”. Universal Internet access will encourage further uptake of data consumption by mobile phone users and fulfil POTRAZ’s purpose “To encourage and facilitate the transfer of telecommunications technology.” POTRAZ operates under the Ministry of Transport and Infrastructural Development headed by Minister Nicholas Goche (Zanu PF).

Funds from the POTRAZ Universal Fund can also be used in the same manner as the Zimbabwe Manpower Development Fund (ZIMDEF) which levies industry 1% in terms of the Manpower Planning and Development Act through Statutory Instruments (74 and 392 of 1999). ZIMDEF though it’s National Manpower Advisory Council (NAMACO) program identifies critical skills and provides training for the benefit of the country’s industry. In the same vein funds from the Universal Service Fund can be used to provide research grants for graduate students in science, engineering and software development. The focus being the development of intellectual property. The metric that most countries pay attention to is patents filed as this is the best indicator of ideas with commercial potential generated. The program would also extend to the tenure of professors at state institutions in the disciplines cited before, where awarding of tenure is prioritised for those who have filed patents.

The co-relation between research and development and economic growth is well established in classical economics. Robert Solow was awarded the 1987 Nobel Prize in economics for his contribution to economic theory in this regard. Sollow showed that technical change, both improved technology and improved education in the work force was chiefly responsible for long-term growth, much more so than increases in labour or capital.

Likewise the government should incentivise the mobile networks to conduct R&D. A good example of this as The Economist notes is Huawei which provides employees with bonuses of 10,000-100,000 yuan ($1,500-$15,000) for patents filed. In 2008 Huawei filed more international patents than any other firm in the world.

The MICT should conduct Patent Workshops to teach and familiarise and encourage students to file patents for innovative ideas. the Patent System and the process of filing for a patent.

A caveat though is that though patent registration is an important source of information on R&D activities with direct economic value, It should be noted that R&D based growth models and patent registrations are in themselves not sufficient to capture the full range of innovation and R&D activities but they are a strong indicator. I’m also not a great of software patents tend not to meet test of a patent that it be “non-obvious, novel, and unique innovation” and most companies tend to use the patents to stifle innovation.

This kind of investment in IP can lead to a proliferation of developments similar to the DR Congo designed tablet – Way-C (original site is in French) and the Cardiopad from Cameroon. Though the Way-C was designed in Congo, it was assembled in China and a significant component of its IP is also external. The Chinese themselves also realise that they need to derive more revenue from home grown IP (rather than from the US, Japan etc) and are investing accordingly.

As a benchmark Israel spends about 5% of its GDP on R&D, the highest among OECD countries and more than double the OECD average of 2.3%. The result is that other than China, Israel has the highest number of companies listed on the tech heavy NASDAQ. Using the 2.3% figure means Zimbabwe would be looking at annual R&D expenditure of $184 million (based on nominal GDP of $8 billion). If you look at the last budget presented by the Ministry of Finance this is a significant allocation. The total budget of $2.4 billion with the top three allocations being $469M, $258M and $198M for the Ministries of Education, Sports, Arts and Culture; Health & Child Welfare and Defence respectively. MICT received $7.6 million.

80% of the budgeted expenditure was for salaries. This is why looking dedicating the Universal Service Fund for this purpose would make sense.

Shut down the postal service and convert all post offices into Internet café’s. Huge Facilities like the sorting office, Harare Central Post Office, which for all practical purposes is already repurposed, can also be used as start-up incubators. Utility bills will go digital, further consolidating the adoption of digital products and processes.

An eReader for Every Child

Digitise all standard school textbooks like the New Ventures in series, Bostock & Chandler (Mathematics), Frank Wood (Accounts), Richard Lipsey (Economics) etc. This will involve negotiating with publishers and copyright owners to digitise and pay royalty for each copy sold. The eReader model should in my estimate be cheaper in the longer term for parents than the current model were parents/schools buy physical textbooks

So in point form these suggestions can be summarised as follows: Open Data Initiative, Facilitating e-Commerce, Skills Investment, Universal Internet Access, Close Zimpost and An eReader for Every Child. The last two are really blue sky ideas that are long term and logistics heavy but, in my view certainly worth looking at seriously.