Google’s Gmail SMS for Africa, a case of coming too late with too little 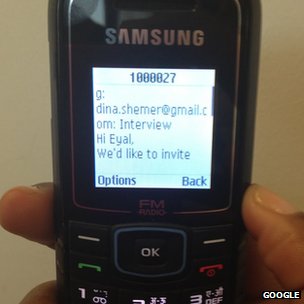 When last week I read on the internet that Google had launched Gmail SMS in Africa, I mostly ignored the news. I remembered reading something along the same lines some several months ago so I assumed Google PR was repurposing the ‘news’ or some international news organization had happened upon the old news and had decided to take it global with a “People in Africa can now…” angle.

It’s not the same news we saw more than a year ago. The product has the same name but it’s slightly different. Even though they called it Gmail SMS back then, it was more Gtalk SMS than actual Gmail. But to use the old product you would need to be inside Gmail so the name made sense. Maybe the appropriate title of this latest announcement should have been “Google extends Gmail SMS to email” or “People in Africa, who, via SMS already do Gtalk, Facebook Chat, Live Messenger, Yahoo! Mail, Hotmail, and Gmail, can now also do Gmail via SMS”.

See, that’s the other thing. I don’t see the big problem Google is addressing here; especially in two of the three countries that it has launched the service. Mobile phone subscribers in Nigeria and Kenya already have access to email via SMS; through ForgetMeNot Africa’s eTXT platform and I’m sure there are others as well. And it’s not just Kenya and Nigeria; there’s Zimbabwe, Lesotho and Congo as well and, from what I gather, many more on the way. And in all of these countries the return message from the SMS device has been negotiated way below the standard SMS rates that Google is offering.

And that’s the second thing and more important issue; the standard rate of an SMS is ridiculously high  and telecom companies keep it that way to basically milk as much as they can from this dying cash cow. In Zimbabwe that standard is US 9 cents. Shelling out 9 cents for a 160 character email is kinda expensive, no? I know I wouldn’t.  Just as well, it’s not been made clear in the Google announcement how much SMS a mobile phone subscriber will be charged for sending a 10 SMS long single email.

Third and last is that traditional email is no longer the be-all and end-all of communication that it used to be before MXit, biNu, eTXT, WhatsApp, Facebook Chat and others like them. For a lot of people I personally know, the only time they used their email was for the purpose of creating a Facebook account, and since Facebook made it possible for new users to just use their phone number instead of an email address, that’s made email even more pointless to these people.

Email has become a part of everyday life. There’s so much you do with it: apply for a job, make an inquiry, get notifications from your social network, receive photos or an invitation that makes you smile, and just communicate back and forth with your friends.

The only part of that paragraph that I find to be holding as true as it did some 5 years ago is the bit about applying for a job. The formal sector (the African enterprise that has been online for about a decade now and insist on ‘practical’ methods of communication) religiously uses email, and understandably expects the consumer side job applicants to send in their CVs in using the technology. But even these legacy needs are getting disrupted by some innovative applications like the JobXpress SMS to internet application that was launched in Nigeria earlier this month. The application basically enables a mobile phone subscriber to attach their CV to an SMS.

Disclosure: We (Techzim) were an official ForgetMeNot Africa partner in an app challenge they ran this year when they opened up their Message Optimiser platform to local developers for the development of locally relevant SMS to internet apps. Yes, they’re building an SMS to internet app market of sorts.