Will MTN be snookered by deepening bribery scandal? 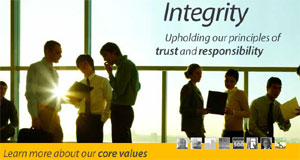 The bribery scandal involving the MTN Group and its Iranian associate MTN Irancell is gathering momentum following the suspension of Yusuf Saloojee, South Africa’s ambassador to Oman. Saloojee is the former SA ambassador to Tehran and is among government officials named in the Turkcell Iletisim Hizmetlera AS lawsuit documents citing bribery in the awarding of the MTN Iranian licence. The Turkcell lawsuit was filed in March of this year in the U.S. under the Alien Tort Statute accusing the South African company of using bribery and other corruption, including a US$200,000 payment to Saloojee, to obtain the license.

On March 28, Turkish-based Turkcell filed a complaint in US District Court of Columbia, Washington DC (PDF), against SA-based MTN Group, demanding $4.2 billion in damages over the award of the cellular licence in Iran in 2004. Turkcell was ousted from a consortium that had won the license and replaced by MTN. Turkcell claims that its ouster was the result of an elaborate corrupt scheme hatched and implemented by MTN South Africa and its International subsidiaries. Turkcell claims MTN codenamed the corrupt scheme “Project Snooker” and involved bribing government officials in the South African and Iranian foreign ministries.

The basic gist of Turkcell’s allegations are that MTN used its contacts in the South African government, principally the Foreign Affairs department to give Iran support for its nuclear program which is highly opposed by the United States and it’s allies in exchange for the license.

In their court submission Turkcell claims,

Four high-level MTN Group executives were at the center of MTN’s actions to take the License from Turkcell. During the time period relevant to this Complaint, Cyril Ramaphosa was (and remains) MTN Group’s Chairman; Phuthuma Freedom Nhleko (now retired from MTN) was MTN Group’s Chief Executive Officer; Sifiso Dabengwa (current Chief Executive Officer of MTN) was the Chief Operating Officer; and Irene Charnley (now retired from MTN) was the Commercial Director”.

I am aware of recent media speculation regarding the allegations made by Turkcell against MTN. I repeat that‚ during my tenure as CEO of MTN‚ no bribes were approved or paid with my consent or the consent of the MTN Group. Further‚ neither the MTN Group nor I was in a position to influence or fetter the decisions and foreign policy of the South African government‚ and we did not do so……The allegations now made by Turkcell are being made inexplicably for the first time in almost seven years after the licence was issued in Iran.” Dabengwa added that the allegations were “entirely without substance and have been made recklessly and irresponsibly by an aggrieved competitor.

In a press release dated 3 July 2012 and available on their website MTN have filed a motion to dismiss Turkcell’s US claim on the following grounds:

First, the US court does not have jurisdiction over the subject matter of Turkcell’s claim, because Turkcell has not alleged a violation of the law of nations as required under US law for the sort of claim Turkcell is seeking to bring in the US.

Secondly, because Turkcell’s arbitration against its former Iranian joint venture partner was recently dismissed by a Paris-based arbitral tribunal, Turkcell’s US claim should be dismissed as already having been decided against Turkcell. The award precludes the claim now brought by Turkcell against MTN in the US courts for the alleged loss of the licence.

MTN opposition to Turkcell’s motion is based on legal technicalities about whether a US court/law has jurisdiction over its operations in Iran. The statement by MTN does not challenge the actual allegations raised by Turkcell.

Turkcell’s document highlights as many as 19 points by way of justification for its filing in the US, including the allegations that MTN’s directors reside in the US, and that the group has long-standing and significant US banking relationships. It notes that MTN also transacts significant amounts of business with US entities.

In an earlier press statement in April 2012, MTN Group CEO Sifiso Dabengwa denied the allegations adding that the Turkcell consortium was never awarded the licence in Iran, noting “Consequently, any suggestion that Turkcell’s failure to obtain the licence was as a result of any alleged corrupt or improper practices by MTN is unfounded. The allegation that MTN influenced South African foreign policy with regard to its armaments and nuclear position is simply ludicrous and has already been dismissed by the South African government.”

MTN has also posted a FAQ on its website, but disappointingly all 14 questions listed in the FAQ have the following identical response: “Turkcell has filed a claim in the United State alleging corruption in relation to MTN’s bid to participate in the mobile phone network in Iran. In 2005, a consortium that included MTN was awarded the licence.” Even for a question such as: “Who is Lord Hoffmann?“!! Given the severity of the issue being addressed surely someone in the press office is asleep on the job.

Turkcell is pursuing the lawsuit under the Alien Tort Statute. This is the same law that is being used by to sue American and European companies General Motors, Ford, Daimler, IBM for aiding and abetting human rights abuses in apartheid South Africa. The legal merits of pursuing the lawsuit in the US are reported to be questionable. However, Turkcell’s court document notes that the jurisdictional contacts of each MTN company should be attributed to MTN Group as a whole.

MTN succeeded in its scheme by engaging numerous Iranian officials, all of whom it knew to be connected to the Iranian defense establishment and to the so-called “Supreme Leader” in its efforts. MTN openly and brazenly discussed the conspiracy at the highest corporate levels. For example, on September 21, 2005, one month before Project Snooker successfully ousted Turkcell, Phuthuma Nhleko, MTN Group’s Chief Executive Officer, delivered a confidential memorandum to MTN Group’s leadership, Sifiso Dabengwa, Robert Nisbet (MTN’s former Chief Financial Officer), and Irene Charnley, detailing the scheme

It’s not clear whether MTN’s Iran legal and reputational woes will have a significant impact on their intentions to purchase the Government of Zimbabwe’s 49% stake in mobile operator Netone. MTN together with Bharti are believed to be the front runners in the group of companies interested in the Netone stake. Reports however indicate that potential acquirers are unhappy with the government’s valuation of the stake. As an a listed international corporation with international shareholders and customers, MTN’s success across the globe is dependent on respect for the rule of law, so the Turkcell lawsuit is a big deal for them.

Turkcell’s approach is similar to that taken by Econet Wireless International (EWI) when it raised the claims of corrupt practices at then Vodacom Nigeria. EWI CEO Strive Masiyiwa by his own admission wrote a letter to the US Justice department outlining bribery allegations at Vodacom Nigeria.

Unlike Turkcell Econet pursued their challenge under a different law namely the Foreign Corrupt Practices Act. Vodacom’s parent company Vodafone fell under the jurisdiction of the act and the US Justice Department. As a result of the EWI complaint Vodafone mounted their own inquiry and found the allegations to be correct and they proceeded to order Vodacom to cancel their management contract and withdraw from Nigeria. In the fallout of the scandal Vodacom dismissed the Deputy CEO of Vodacom SA who had negotiated the whole transaction. This however does not suggest that Turkcell’s claim or legal strategy have the same merits as the Econet case.

The irony is that Bharti and MTN at one time seriously entertained the idea of a merger. The two companies are the leading mobile operators in Africa. It’s interesting to see how these two lawsuits will affect the operations of mobile phone companies in Africa.