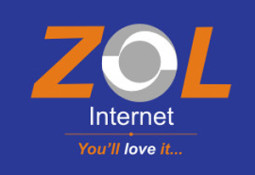 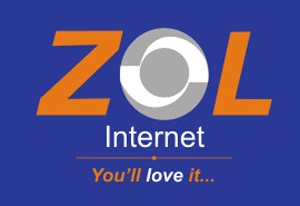 I remember the early days of email when I had a Yahoo and Hotmail account with a 5MB mailbox which I thought was totally great even though I was constantly deleting emails and when Gmail threw 1GB on the table that was the end of my Yahoo and Hotmail experience. I had the same sensation when I saw ZOL’s new unlimited/uncapped fibre packages:

You can read the full text on ZOL’s website. The service for now is limited to Harare’s Milton Park and Belgravia suburbs. The installation cost is listed at $1,500 but ZOL is offering a promotional 85% discount!! For comparative purposes Tel-One’s Platinum ADSL which has a 2Mbps download speed and unlimited data is priced at $216 per month.

The notable feature of ZOL’s pricing is that it is not data but speed based. The customer therefore does not have to surf with the handbrake on, constantly worrying in the back of their mind about how much of their data ‘bundle’ is left. Surely this alone is a major benefit. Another interesting point is how ZOL have worded their maximum download speeds using the term “up to”. It’s not yet clear what this means and gives the ISP wiggle room if speeds don’t hit the top figure quoted. The ZOL offer comes hot on the heels of Utande’s launch of uMAX and the fact that this is fibre and not WiMAX also adds to the attractiveness of ZOL’s offer albeit only limited (for now) to 2 Harare suburbs. As we have noted before Zimbabwe’s broadband scene is marked by constantly changing price and product offerings (although most of the action is limited to Harare), ZOL have potentially dropped the proverbial game changer.

This will be true if ZOL manages to offer those maximum download speeds on a consistent basis and in turn they will meet first world broadband levels based on Ookla, Akamai and Cisco measures. Ookla for example gives the average broadband download speed in OECD countries at 13.25Mbps, but as with all averages you have to appreciate there will be significant variance.

So far ZOL executives have been rather coy about releasing details around the new offering, and it’s not yet clear whether this is a pilot or the beginning of a concerted rollout. The ZOL offer also brings to the fore the differing visions of Zimbabwe’s broadband future. Is it going to be wireless i.e. WiMAX, CDMA etc or will it be fibre? The argument in favour of wireless technologies hinges on lower network capital requirements vis à vis fibre. In our continuous dialogue with industry players the advocates for wireless doubt there is or will be sufficient demand let alone disposable income in Zimbabwe to justify the enormous capital outlays being witnessed in the fibre space. To illustrate this point in the United States the average broadband subscription costs less than half of 1 percent of per capita income and in India, Indonesia, and Egypt (which are closer to Zimbabwe’s peer group) the cost is 6 to 16 percent of income, and there’s less than one subscription for every 100 people.

In this regard it’s interesting that ZOL has its feet planted firmly in both the wireless and fibre camps. It will be interesting to see how the other players in the Internet space respond to the gauntlet that ZOL has thrown down. As for me I’m off to look for a house in Milton Park or Belgravia.