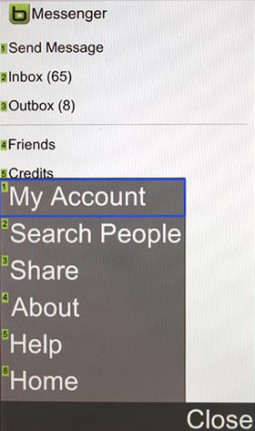 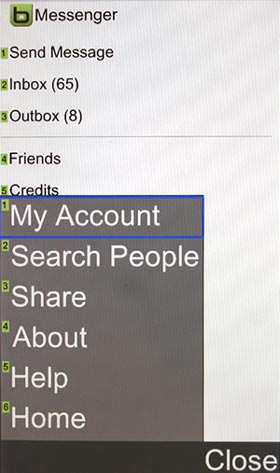 biNu, a popular mobile application for feature phones in emerging markets is morphing into its own social networking platform as more and more native social features are added to the platform by the Australian startup.

The company, which first announced in June this year that it was now adding some new native social features to the platform, confirmed the new strategic direction in a blog post this week as it announced a Series A $2 million in funding secured from Eric Schmidt’s TomorrowVentures and other investors. New African seed capital fund, Savannah Fund, also participated in the round.

The first native social feature added in June was the ability for users to search for other biNu users. Users could then send each other messages and chat using biNu’s own tools. Then, the company promised it would add more features, and true to that promise users can now create biNu Friends lists in a way somewhat similar to how people friend and follow each other on existing social networks.

In last week’s announcement, biNu does mention that their objective with the new funding round is “to build out Mobile Social Content Platform for [the] Developing World”. While it’s not a departure from the “Smartphone in the cloud” tag the company currently identifies itself with, it does spell a deliberate foray into more native social networking in addition to being an ultra-low cost data pipe to Facebook and Twitter for features phones.

This is underscored inside biNu’s press release where the company says:

In addition to using biNu to access favorite apps such as Facebook, Google, Twitter, YouTube and more than 100 other services such as books, health information, news, sports and weather, biNu users are also interacting with each other via social features including messaging, sharing and social profiles, making it a content-rich mobile social community

Extremely popular in India (where it had 4 million all-time unique users in March 2012) biNu has also gained massive traction in Sub Saharan Africa, particularly in Nigeria, Ethiopia, Sudan, Zimbabwe, South Africa and Kenya. Using proprietary cloud based content compression technologies, biNu provides lightning speed access to the internet applications turning simple features phones into smartphones in a way similar to what Snaptu used to do before it got acquired by Facebook. An extremely popular biNu feature in its leading markets has been the ability for users to send a limited number of free SMS messages a day.

biNu has also added other apps, like a survey app we tested some weeks ago, which basically allows companies to ask biNu users questions in exchange for biNu credits. biNu credits can buy you stuff like SMS messages. We’ll be posting our findings from the survey we ran here shortly (Update: here).

According to biNu co-founder Gour Lentell in an interview with Australia’s Sydney Morning Herald, biNu now gets close to 100,000 downloads a day.