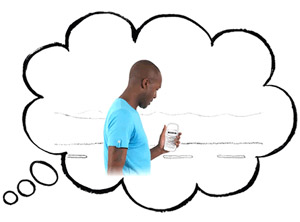 Econet Wireless, Zimbabwe’s largest telecoms firm, has changed the tariff model of its eTXT service from per message charging to a weekly and monthly subscription model. eTXT subscribers will now pay US 30 cents a week for unlimited messages, or, if they prefer, $1 for a month’s month. Previously, each eTXT message cost 2 cents. The change is running as a promotion up to the 30th of September. High chances of course that it won’t be expired when we hit that date.

Basically a bridge to the internet for basic SMS only mobile phones (the so called dumb phones), eTXT offers subscriber means to chat to friends on Facebook via SMS. Users of the service can also chat on Gtalk, Yahoo Messenger and Live Messenger as well do email. The service was launched on the Econet network in in March 2011. The system running the service is developed by a UK based startup called ForgetMeNot Africa, who has since opened up the platform to developers to allow the development of apps.

eTXT was quickly popular after launch and amassed over 600,000 active subscribers in a relatively short time. The change to a subscription based model us expected to boost subscriber numbers and usage of the service.