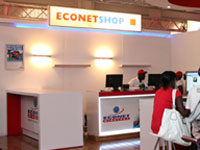 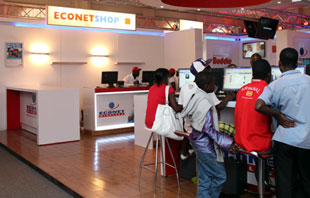 Econet Wireless cut us out during an important national event constituting a possible case of economic sabotage, is the latest accusation from Zimbabwe’s state owned mobile operator, NetOne, which last week had its interconnection with Econet severed as a dispute over unpaid interconnection fees escalated. The interconnection was restored after NetOne challenged the decision at the High Court. The matter is expected to be heard on Monday, 27 August 2012.

In a public notice published in the country’s print newspapers on 25 and 26 August, NetOne suggest that the timing of the termination of interconnection was intentionally made to coincide with the Harare Agricultural Show, which is one of the country’s major annual exhibition shows. The suspicion, according to the notice, stems from a similar Interconnection disconnection that NetOne suffered last year during another major annual exhibition, the Zimbabwe International Trade Fair;

This is not the first time that ECONET has unilaterally and unlawfully terminated interconnection services between the two operators. Sometime in May 2011, during the Zimbabwe International Trade Fair (ZITF) held in Bulawayo, Econet unlawfully terminated the same interconnection services between the parties. They have done it again during the peak business at Harare Agriculture Show, which is another important national event and one wonders whether this is a mere coincidence.

The economic sabotage accusation comes as part of a string of serious accusations against Econet that NetOne has been brought up notices in the press since last week. In a slightly differently worded notice on Friday, NetOne suggested the termination of interconnection by Econet was a threat to national security. NetOne has also said that the action taken by Econet is a criminal offence and that it is holding the board and management of Econet, whom NetOne is supposedly reporting to the police, liable for the offence.

You can read the latest public notice by NetOne here.

And you can read the initial notice issued by NetOne last week Friday, here.