What has been will be again,
What has been done will be done again;
There is nothing new under the sun – Ecclesiastes 1:9

I doubt that King Solomon could have imagined the technological strides that mankind would go on to make when he wrote those words, but part of his wisdom still applies today. What has been successful in the developed countries will be successful again, here in our own backyards.

Some local startups spend too much time trying to launch that killer service, the Facebooks, Googles and Twitters of the future. Although this is not necessarily a bad thing, they limit their options to what businesses they can partake in. It would be better if startups looked at successful models that work abroad, find them, copy, and modify them to make them work in our local environment.

Peter Thiel (Co-Founder of PayPal) in one of his Stanford startup lectures described progress as follows:

“Progress comes in two flavors: horizontal/extensive and vertical/intensive. Horizontal or extensive progress basically means copying things that work. In one word, it means simply “globalization.” Consider what China will be like in 50 years. The safe bet is it will be a lot like the United States is now. Cities will be copied, cars will be copied, and rail systems will be copied. Maybe some steps will be skipped. But it’s copying all the same.

Vertical or intensive progress, by contrast, means doing new things. The single word for this is “technology.” Intensive progress involves going from 0 to 1 (not simply the 1 to n of globalization).”

So in this context, globalization is basically copying what works. This is what is missing in our local tech scene; the lack of extensive growth, copying solutions we know have worked elsewhere and implementing them here back at home. Instead of reinventing the wheel, we copy the wheel, put shiny rims on it, or making it smaller/bigger depending on our needs.

Making the case for Imitation in the technology space

Those who do not want to imitate anything, produce nothing. – Salvador Dali

Other entrepreneurs have tried and tested the copy-adjust-implement method and it has worked tremendously, and others have failed dismally. The successful names that quickly come to mind are that of the infamous Samwer brothers and their company Rocket Internet. And, of course, Samsung.

It is a German company founded by the Samwer brothers, they run a simple and straightforward operation. Armed with a lot of cash they find successful startups that have been tried and tested in the established markets and make clones of those exact businesses in emerging markets. They have cloned most of the popular apps in the USA, such as Stripe, Square, AirBnB, Groupon, eBay, and recently they entered the South African market withZando. Zando is an online retailer startup and has taken the South African market by storm. Rocket Internet also entered the Nigerian market in May this year with an Amazon clone.

Their business model is simple, copy-adjust-implement. It relies mainly on perfect execution in the region that they are targeting, so they hire local talents with expertise in the field in question and boom, a successful product is launched. By the time the popular successful startups want to expand to those regions, a fully capable enterprise will already be in place. 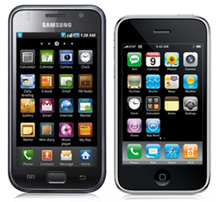 In 2007, Apple released the iconic iPhone and forever changed how we use and perceive mobile telephony. Mobile phone giants back then – Nokia and RIM – were caught napping, and have long been left behind by the tide of innovation. Samsung however, in true Darwinian fashion, copied the iPhone, only changing a few minor details resulting in huge profits for their company as well as earning the status as a company that can go head to head with the biggest companies in the world. The recent lawsuit loss does not even put a dent on their earnings.

The company’s decision to copy worked out well, they have transformed from the company that once made transistor radios to a global technology behemoth. Samsung’s model may not be one of mimicry anymore, but that is where they began and it bore fruit.

EcoCash
Econet’s m-money solution has managed to replicate M-Pesa and so far this has worked wonderfully for them. They actually report their product’s uptake rate being even much higher than M-Pesa.

Zimazon
They have also had some success, launching a modified version of the popular online shopping service Amazon and even naming it so, so we’re all clear about it. In true Samwer style they just changed the A in the name to Zi. Absolutely brilliant branding. With a slight change in the business model, they had a winner.

The argument against Imitation: Africa is not America/Asia/ Europe

I apologize for falling into the trapping that the international community usually falls into; talking about Africa collectively, but in this case I think you can forgive me.

When debating the issue of cloning in Africa, the opponents of the strategy always point out that Africa is not the West, and what works there may not work here. African VC Mbwana Alliy dissects the issue perfectly, he suggests that it mainly boils down to execution of the copied service, “A compelling product designed for the right audience in Africa and executed in a local manner is what works”.

Take for example the mobile payment problem; it is a universal problem that has been tackled differently in different markets. In the developed economies they have Square, PayPal, Google Wallet, T-money and many other variations of m-payment solutions. Here in the emerging economies, we have carrier led services such as M-Pesa, Eco-Cash, and Mxit Moola etc. All these system are intrinsically the same; they involve transferring funds from one entity to another, differing only in application and implementation.

In mobile payments we are generally copying solutions which work elsewhere and applying them to our locale, which is exactly what I’m advocating for. The initial successes Econet has had with EcoCash proves that this strategy works.

Imitation may not work in all areas, but it will be more successful than trying to implement original solutions. To the proponents of originality I’ll give them the words of Henry Miller

“And your way, is it really your way?
[…]
What, moreover, can you call your own? The house you live in, the food you swallow, the clothes you wear — you neither built the house nor raised the food nor made the clothes.
[…]
The same goes for your ideas. You moved into them ready-made.”
– Henry Miller, from an essay in the collection, ‘Stand Still Like a Hummingbird’

The benefits of living in a global village is that we do not have to think a lot, the hard part has already been done for us. Our task is not to find out the 0 to 1, but instead the 1 to n, let the technologically advanced worry about the new ideas.

If we take a close look we will see that most of our businesses and services are copies of successful ideas from the developed world. So why should we not take it a step further and replicate the established successful online and internet business.

I’ll follow up this article with a list of top startups dominating the world market that we can and should replicate.